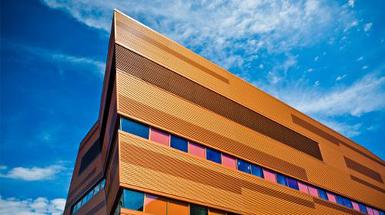 43North‘s executive director Andrew Pulkrabek is heading back to the Toronto area today to espouse the virtues of his firm’s $5 million business plan competition. The application period closes in 40 days.

43North, the Buffalo-based entity created to administer the challenge, is coming to Toronto and Hamilton on Tuesday to present information about the competition, including its application process. They’ll head to speaking engagements at Ryerson University’s Digital Media Zone (DMZ), MaRS, Bitmaker Labs and Innovation Factory.

The competition has already garnered thousands of applications from across 66 countries since launching on February 5, including over 125 Canadian participants. 43North is calling its contest the largest business plan competition of its kind. A top cash prize of $1 million, along with six $500,000 prizes and four $250,000 prizes will be handed out. Winners will also receive free incubator space for a year in Buffalo, and guidance from mentors related to their field.

On Tuesday, Pulkrabek will share his expertise on early-stage investing and how Canadian entrepreneurs can participate in the competition.

As well, winners will have to relocate to Buffalo, NY. Particularly for Canadian entrepreneurs in the Waterloo-Toronto corridor, this may not be seen as an optimal move. Even for Canadian startups trying to access the New York City market, it’s still a six-hour drive from the Big Apple.

The C100 has opened nominations for its 48 Hours in the Valley program, a semiannual program that connects founders with the Silicon Valley entrepreneur…