Waterloo MP and Small Business Minister Bardish Chagger speaks at the Startup Canada HQ earlier this month in the lead up to the budget to hear perspectives from women entrepreneurs.

The Government of Canada will table an Innovation Agenda within the year, Federal Finance Minister Bill Morneau announced during his 2016 Budget Speech Tuesday. The budget comes with a $30 billion deficit, which is expected to grow to $100 billion by 2020.

Echoing Prime Minister Justin Trudeau’s remarks at the World Economic Forum in Davos, Switzerland earlier this year, Morneau highlighted the government’s vision to transform Canada into a “centre of global innovation” and a leader in the digital economy.

While more details on the Innovation Agenda will come to light later this year, the 2016 Budget offered a look at what is to come for Canada’s entrepreneurship and innovation community.

Startup and small business entrepreneurs in rural and remote areas of Canada will be better equipped to start and grow online businesses. The 2016 budget allocates $500 million over five years to extend and improve broadband Internet services to communities across Canada.

The budget affirms the Innovation Agenda will include investment to support incubators and accelerators as well as innovation networks and clusters. While more details are to come, the government also announced its intention to develop a national Canadian Cluster Mapping portal, which will guide the design and delivery of programs, and will aim to boost the ability of regional partners to attract foreign investment, collaborate, and connect to customers.

Over three years, the Government of Canada will invest $2 billion in a new Post‑Secondary Institutions Strategic Investment Fund to support the modernization and expansion of research labs, training programs, and on-campus incubators.

Starting this year, provincially registered Labour-Sponsored Venture Capital Corporations will be eligible for a tax credit of 15 percent for share purchases. This tax credit was scheduled by the previous government to be phased out by 2017.

True to the new government’s focus on building a clean economy, the budget allocates $130 million over five years to support, accelerate and commercialize the innovative development of new technologies that combat climate change and improve air, water and soil quality.

Early this year, the Government of Canada committed to doubling the number of jobs to be created by the Canada Summer Jobs Program by investing $339 million over three years. This will see the creation of 35,000 new jobs per year under this program. Self-employed entrepreneurs and private businesses with fewer than 50 full-time employees are eligible to apply for this funding.

Startup and small business entrepreneurs will have access to youth through a $73 million investment supporting new co-op and integrated learning opportunities for companies in in-demand fields. The Post-Secondary Industry Partnership and Co-operative Placement Initiative will launch this year.

8. The beginning of government as an API

The budget invests $11.5 million over three years to improve Canada’s Access to Information policies and open data initiatives. In addition to creating a more transparent government, this data will assist entrepreneurs to better innovate and improve their offerings.

The budget also promises to better align support for high-impact companies through an initiatives that will encourage growth and global competitiveness. The High Impact Firm Initiative will coordinate and tailor services from key organizations throughout key growth stages.

To scale Canadian companies, the government is focused on connecting Canadian entrepreneurs to international opportunities. The budget outlines a $4 million dollar investment to renew the Canadian Technology Accelerator Initiative that provides mentorship, connects and desk space in business accelerators in the United Stated, United Kingdom, France and India to ICT, life sciences and clean-tech firms.

Consultations are underway for the Trans-Pacific Partnership, a free-trade negotiation between Canada and 12 other countries including Japan, Malaysia, Vietnam and Singapore. The budget also outlines the government’s plan to pursue deeper trade relationships with emerging markets like China and India. Entrepreneurs can participate in this consultation by emailing TPP-PTP.consultations@international.gc.ca.

Not included in the 2016 Budget is previously proposed taxation of stock options used by companies to incentivize and recruit top global talent. The startup sector adamantly advocated against this measure for the impact it would have on startup growth in Canada.

The Finance Minister will open Startup Canada Day on the Hill on May 5 in Ottawa with participation from many cabinet ministers, leading industry anchors and Canada’s startup, entrepreneur and small business community to discuss and begin building Canada’s innovation strategy. 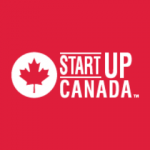 Startup Canada is a grassroots network of entrepreneurs working together to build an environment for entrepreneurship in Canada.