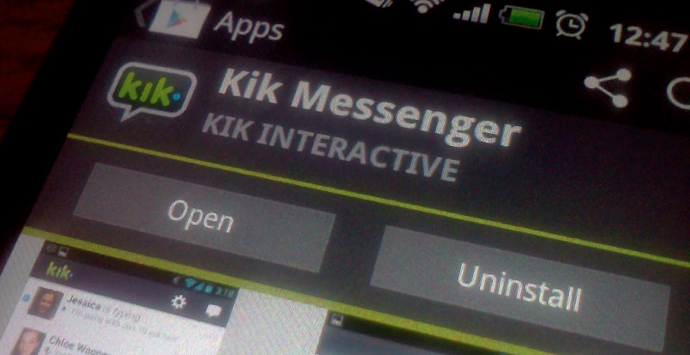 Last week we featured Mattermark’s list of 10 Hardware Startups on the Rise which included two Canadian companies, Thalmic Labs and Recon Instruments. This week, Mattermark is showing Canada even more love by publishing a new list that’s 100% North of the border by highlighting ten Canadian startups who are quickly gaining momentum.

At the top of this list is Waterloo-based chat app, Kik, who announced in April that their user base has grown to over 50 million. Around this time, Kik also closed $19.5 million in Series B funding led by Foundation Capital, with participation from original investors RRE Ventures, Spark Capital and Union Square Ventures.

“What’s been key to Kik’s growth is that we’ve focused on three points when developing the app: fast, simple and personal. This has helped Kik become one of the top ways to connect 1-to-1 on mobile,” Kik CEO Ted Livingston told BetaKit.

Recon Instruments, the creators of a sports-focused Google Glass competitor called Jet, find themselves in a familiar spot on this week on Mattermark’s list. This time in the second position, up one from last week’s hardware startup list, Recon recently saw tremendous success in pre-orders and sold out 1-day earlier than expected at the end of July.

Rounding out the top three is Wattpad, the world’s largest community for discovering and sharing stories. Like Kik, Mattermark’s list suggests Wattpad’s ranking is due to its success in mobile – a whopping 133% average week-over-week growth. Wattpad informed BetaKit that their users are now spending 3.5 billion minutes a month on the platform of which 85% is attributed to a smartphone or tablet. They are seeing significant growth in international markets such as Turkey, Russia, Brazil and India.

Both Kik and Wattpad told BetaKit that much of their success is owed to being a startup in Canada, especially since it gives them access to such a talented pool of artists and engineers from the universities in the area.

“The best part about being a Canadian startup is that we’re based in Waterloo. The University of Waterloo, with the world’s largest co-op program, has quickly become one of the best and most renowned sources for technical talent in the world. Being close to that pool of talent is an incredible advantage for us,” explained Livingston.

List creator, Mattermark, tracks dozen of signals for each of the 160,000+ startups in their database. They analyze social media, news coverage, corporate filings, AngelList, CrunchBase and other proprietary startup indexes to help them create their own score. This list ranks the ten Canadian startups who have seen the most week-over-week growth in the past 90-days and have not yet exited or been acquired.

Update: Mattermark has provided us with an updated list removing Dayforce which was acquired by Ceridian. The updated list can be found below.

Without further ado, here is the complete list of the ten Canadian Startups on the rise.

6. GoalsOnTrack – software for setting and tracking your goals

10. BigRoad – provide the transportation industry an app to simplify life for thousands of individuals and businesses.