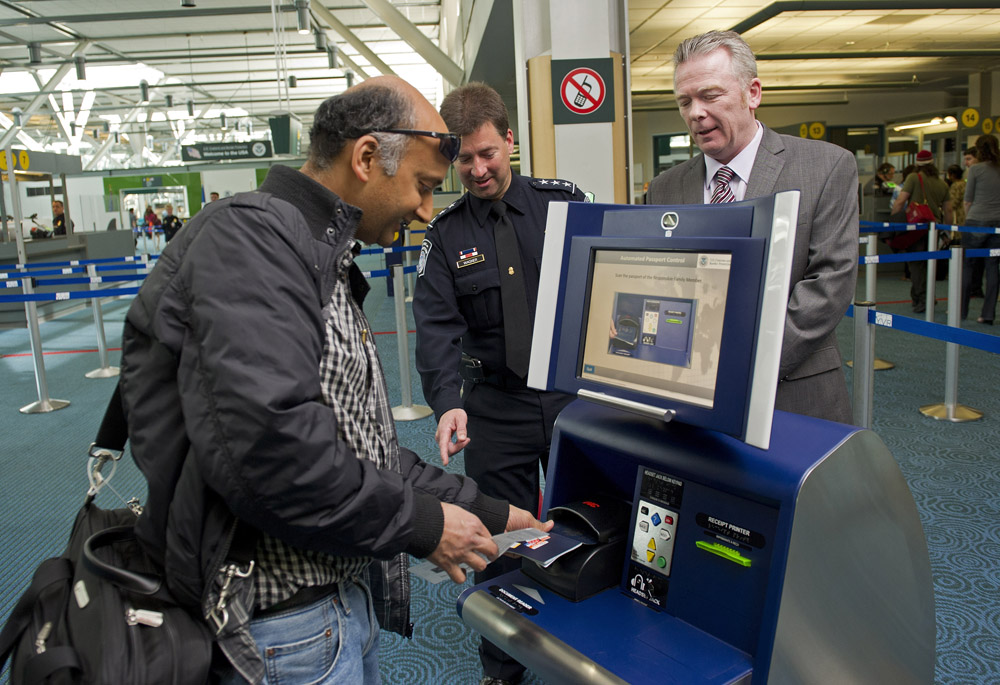 Today, YVR announced an upgrade to its BorderXpress kiosks, which are Automated Passport Control (APC) systems. BorderXpress are fully-hosted solutions that automate the administrative function of the border inspection process to reduce traveller wait times, passenger congestion and airport processing costs. Montreal travellers will be familiar with their presence at Trudeau airport.

The upgrade to BorderXpress involves the technology of Cross Match Technologies, a German-headquartered global company that also has an office in Quebec City.

The new biometric kiosks offer several benefits to ensure travellers can quickly get through the border clearance process, including:

Biometric technology refers to the quantifiable data (or metrics) related to human characteristics and traits, and is already prevalent in the Canadian startup world. Companies like Montreal’s PasswordBox have adapted the technology for ultra-secure identification in the new Samsung S5, while just this morning we reported on Montreal’s OMsignal, which released its roster of biometric-sensing shirts for the fitness-inclined.

“Our goal is, and has always been, to lead the transformation of the travel experience,” said Vancouver Airport Authority CEO Craig Richmond. “By expanding our Automated Passport Control capabilities to include travellers from visa-waiver countries, we are continuing to help airports modernize for improved efficiency and customer satisfaction.”

The kiosk technology, BorderXpress, is a product of  the Vancouver Airport Authority. In its first year, BorderXpress kiosks processed more than 4.4 million U.S. passengers. BorderXpress Automated Passport Control is currently available at 10 airport locations – more than any other provider, and with adoption on the rise.