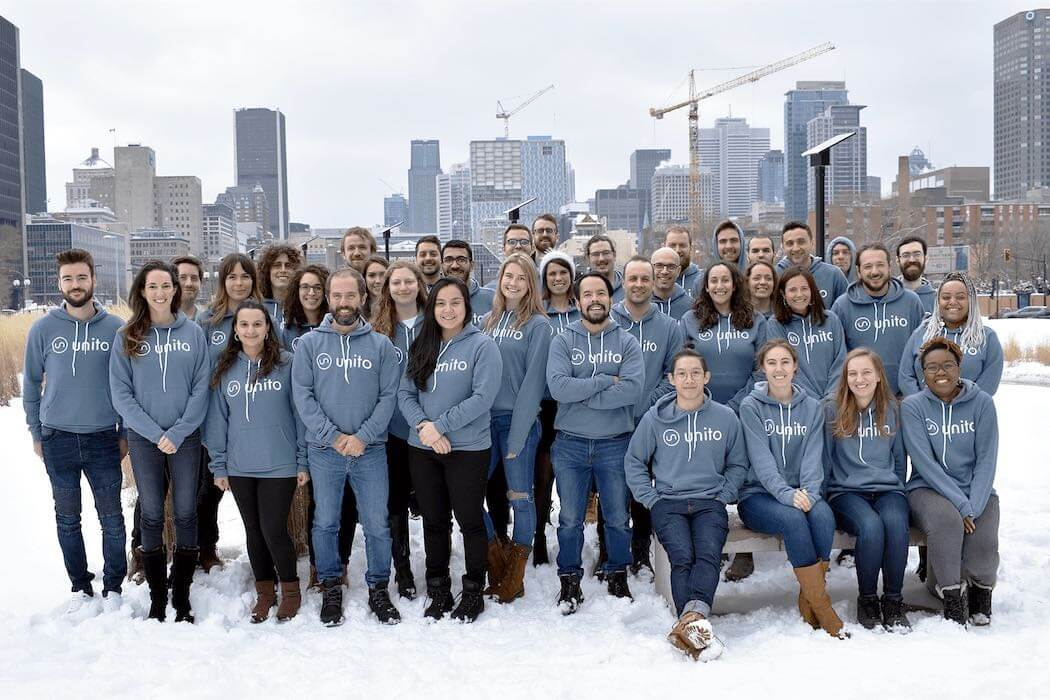 Unito, a Montréal-based startup that has developed an integration solution for workflow automation, has closed a Series A funding round totalling $10.5 million CAD, bringing the company’s total funding to date to about $13 million.

“What was initially a pretty unsexy space…has become something that’s very, very top of mind.”

The round was led by Jeremy Levine a partner at Bessemer Venture Partners, as well as existing investors Code Cubitt from Mistral Venture Partners, Sylvain Carle from Real Ventures, and Tom Williams. Following the acquisition, Unito will now expand its 50 person team and grow to other SaaS categories, in an attempt to become the “universal translator” for disparate tools in the workplace.

“What we realize is that every top investor now has a thesis on the integration space on the productivity space,” Unito CEO Marc Boscher told BetaKit. “What was initially a pretty unsexy space for a lot of investors when we started, has become something that’s very, very top of mind. So in that sense, Bessemer was one of those [investors], and we’re super happy to be able to bring them on board.”

Rather than building another project management or collaboration platform, the co-founders chose to promote workplace collaboration by connecting applications.

“We’re in this reality where people have become extremely passionate about their tools at work. There’s a ton of them that either passionately love their tools or can hate them with passion,” Boscher said.

“We took an integration approach to this problem… there are already a bunch [of tools] that are trying to replace each other and, the more the merrier, we’ll just be the connection, the glue, between all these tools,” he added.

The solution was launched in beta in 2015, featuring automatic synchronization between Github and Wrike, a project management tool. Later on, the company connected Asana and Jira, and recently has added Trello, Basecamp, BitBucket, and GitLab to its list of integrations. The startup is now announcing two new integrations with HubSpot and Zendesk. Unito raised a $2 million seed round in 2018.

The solution is offered at five price points for different users, including a personal offering for 10 users, a team option for 20 users, a business price for 50 users, and a ‘Business 2x’ offering for up to 200 active users. Its fifth enterprise offering has no fixed price and can be customized to a client’s needs.

There are several workplace integration solutions currently on the market. MuleSoft, for example, is an enterprise integration party that was acquired by Salesforce for $6.5 billion. Zapier is a global remote company that allows end-users to integrate the web applications they use.

Native integrations have also been on the rise for workplace software companies. Trello, for example, has integrations with Slack, Jira, and Adobe XD. But Boscher said these integrations only scratch the surface of the market.

“The integration space and it’s a very complex space to build and maintain because all the parts are moving all the time.”

“The integration space and it’s a very complex space to build and maintain because all the parts are moving all the time,” Boscher said. “So for vendors, while integrations become really key, the customers are requesting it or requiring it more and more. It’s not in any of the vendors’ core business to do that. They’d rather focus on making their products awesome. And that’s what we want them to do too.”

Levine has joined the Unito board for Bessemer, which currently sits at three people. Boscher told BetaKit that despite the small board the startup still involves all of its early investors very closely.

“One notable thing is nothing really changed,” Boscher told BetaKit. “I think I appreciate that very much from our investors, where they invested into the company and into the culture into the leadership for what it is, and they’re not here to necessarily control or direct the company. They’re here to support us and, and advise us and guide us. And it’s been in that sense a very collaborative process.

This year, Unito will be focusing on more integrations to support workflows across sales, marketing, support, and product development.

“It’s become a very exciting space, although integration is kind of itself a pretty dry topic,” Boscher said. “But it’s become a huge… space just because technology is moving so fast and people are adopting tools so quickly inside of organizations.”