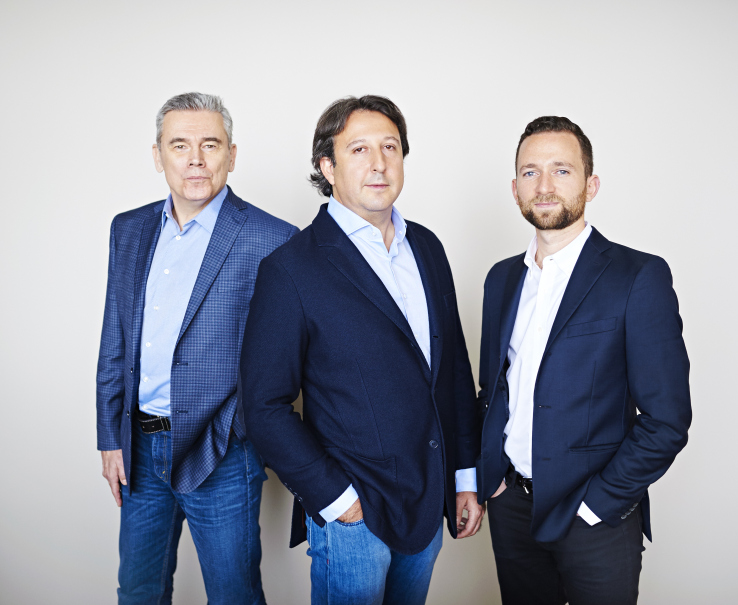 It’s no secret that Canadian companies have a scaling problem, and everyone’s got their take on the reasons why. Whether it’s the a gap in government programs for growth-stage companies, a lack of VC funding in this area, and the need for executive talent, startups have been vocal about the need to address the issues — though coming up with a one-size-fits-all solution is a bit more complicated.

“Success is never about one thing, it’s about executing a system of things well.”

Leaders Fund is hoping to contribute to the discussion in a simple way: a playbook. The $100 million fund was co-founded by David Stein, founder and CEO of Toronto-based performance management platform Rypple (acquired by Salesforce), and co-founder of Workbrain, which was acquired by Infor for $302 million CAD.

“We grew Workbrain from zero to $100 million in sales in six years. We had a concept, got it to product-market fit, and achieved this phase of many years of sustainable growth,” said Stein. “We had Rypple, which we sold to Salesforce and I then spent three years there and thought, how do they sustain this 30 percent a year growth at their size and scale?”

The playbook is targeted to companies that have already achieved their product-market fit with renewing customers, and an ROI from those customers. Stein says that in Canada, it’s common to find companies with good ideas and early traction, but they struggle to get to that next stage and hit $20 million in revenue. To break the issue down, the playbook identifies both obstacles that scaling startups face, and the solutions to alleviate it.

Blockers that keep a company from achieving sustained growth include a small market size, unstructured customer success, ramping up sales and marketing too early without the right repeatable structure and talent, and the lack of a “winning” culture.

Stein points to the marketing issue as a particular one for the Canadian market. “There isn’t a deep pool of seasoned marketing leaders that have been through this elsewhere. So finding the people as you continue to grow who have seen what it takes a couple sizes ahead of where you are — there aren’t a lot of those people around, especially in enterprise software.”

At the same time, sales is not viewed as the most “elegant” area of focus, and while a strong founder thinks that they can just hire someone for the job, they don’t understand that sales are key to sustainability. “It’s an indicator for understanding the market and what your customers want. If you don’t focus on that early on, and you’re not getting out and learning from customers and reacting, it will be much harder to grow,” Stein said.

“There’s a romantic notion that if you just build a great product, magically customers will find it and use it. But the reality is, to build a brand and get trust with customers and get established in the marketplace, you need to use an effective sales strategy.”

Stein believes that being able to recruit the right talent — an issue most Canadian startup founders are vocal about — will happen naturally as founders exit their companies or leave tech giants like Google and Facebook to return to the startup world. He points to his own experience as an example.

“Our last business was acquired by Salesforce, and I had the opportunity to spend three years there, integrate our business, and learn a lot from how they operate. And I chose to stay in Canada,” said Stein. “Now I take that combined knowledge in my career and capital generated from that exit, and that’s enabled me to raise a fund and invest back into Canadian companies, so that capital and expertise is being redeployed into the ecosystem.”

The playbook goes in depth with the process and characteristics required to succeed in each area, but overall, Stein suggests that the biggest insight that startups should take away is having more focus in vision. Companies need to think at least a year ahead when hiring for key roles, and foster a culture with success as its foundation, versus one defined by yoga rooms and beer pong.

“What will your business look like in 12 months, and what roles will you need to achieve, and what products will you need to deliver, what office you need, and how long will those things take place?” said Stein, adding that every time any department doubles, leaders should revisit and rebuild its function.

“When we think of the word ecosystem, what makes it stronger is that you have multiple nodes that are contributing in some fashion, so that’s how we think of what we’re doing,” said Stein. “Success is never about one thing, it’s about executing a system of things well.”

Techstars has announced the first cohort of its AI program in Montreal. Announced in March, Techstars and Real Ventures partnered to launch the AI-specific…