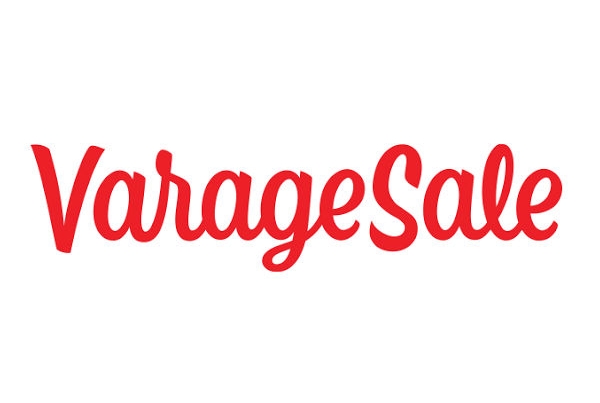 In early January 2016, VarageSale, which had raised a massive $34 million Series B the year before, laid off 30 staff on the company’s fourth birthday.

“That day was very difficult because I knew that I was making a good business decision but I was affecting people’s lives and it was my first time ever doing that,” said Tami Zuckerman, co-founder and chief customer officer at VarageSale.

Zuckerman is the heart of the company, having built the marketplace out of her own desire to access quality secondhand goods, but also get the benefit of safety and accountability that other marketplaces like Craigslist lack.

“I’m a founder. This company is my baby, I’m its mama bear.”

“I had no choice but to continue on and be positive and work onward and upward, because what else was I going to do? I’m a founder. I raised this company and my child at the same time and I see them as very similar. This company is my baby, I’m its mama bear.”

The company has kept quiet over the past year following the appointment of current CEO Andrew Sider, who replaced co-founder and then-CEO Carl Mercier a few months after the layoffs. Sider told BetaKit that following the layoffs the company scaled back on marketing, and went heads-down on its product.

The product focus seems to have paid off, as VarageSale is touting new milestones. The company says it has grown its monthly active users and GMV 100% year-over-year, while also surpassing Kijiji listings in 10 cities across Canada (VarageSale declined to provide BetaKit its current MAU total). Not coincidentally, VarageSale has also appointed Kijiji founder and Real Ventures partner Janet Bannister to its board.

“VarageSale’s position in the online classified space is unique,” said Bannister. “The company’s unrivalled organic growth makes it a pivotal and exciting time to be joining the board. The plan is to help continue VarageSale’s extended growth trajectory and ever-advancing market position, cementing its place as Canada’s leading, safety-first online marketplace.”

Bannister will be helping VarageSale with its long-term monetization strategy (Sider says the company is currently pre-revenue). While the company’s newfound user engagement provides a few revenue options (advertising, transaction fees and payment processing), VarageSale’s commitment to growth will force the company to seek additional funding. Sources familiar with VarageSale’s operations indicated that the company has less than 12 months of runway, with possibly as little as six months left, and is currently talking to VCs and strategic investors about a new round. With her ecommerce and venture connections (Real is a prior investor in VarageSale), Bannister’s role on the board may provide additional benefits.

When asked about the company’s runway, Sider declined to comment, but did say that VarageSale was hoping to pursue additional funding in the next 12-18 months.

“We’re at a point where over seven percent of adult women in Canada use VarageSale.”
– Andrew Sider, CEO

“We will want to fundraise at some point again in the future,” he said. “We’re fortunate that we have had some inbound interest but I think what will be important for us is just to find the right partner and the right timing, so no specific rush.”

Bannister will also be helping the company scale across North America, building on the company’s current growth that Sider credits to a laser-focus on Canada, and its main user base of young moms.

“We’re at a point where over seven percent of adult women in Canada use VarageSale,” said Sider, who added that the company is set to reach 20 percent of Canadian women in 2018. “Identity is always sort of led us to be a really attractive product for when we were more concerned about safety. We did make a decision sort of a year ago that this user segment loves our product, let’s serve them better than anyone else.”

Sider also attributed the company’s success to a shift in culture over the year following the layoffs. Moving away from celebrating product launches, Sider said that they instead gave team members learning milestones, and host weekly meetings where employees can share what they’ve learned and what the data tells them.

“We really gave team metrics to hone down on improving, and literally created a structure where that’s all they focused on. And then we created space for them to fail.” Sider also mentions the addition of senior executive team members like Craig Dunk, who helped scale BBM, and current VP of marketing Ian MacDonald, former director of marketing at AutoTrader.

“It’s really shifted the mentality of the team to be a lot nimbler, so we’ve more than doubled our output through those few key changes…and I think it was a big recognition of our management team is that culture is not a fucking ping pong table. Culture is the behaviour we celebrate,” said Sider. “As a management team, we really stepped back and said what are these things that we want to celebrate and it really came down to distributed ownership of work, and failure is okay.”

The company’s plan over the next year is to double down on its focus on identity, which has been most attractive to its users that appreciate being on a marketplace where everyone is vetted. For users who don’t think as much about safety, Sider says that VarageSale’s transparent platform means that people are less likely not to show up to a meetup or misrepresent the quality of an item, which is still attractive to this user base.

“Identity is one of the things that we believe in, and we’ve seen it in our data removes the friction of buying and selling peer-to-peer secondhand.”

Zuckerman says that the company is unique in its ability to be a social marketplace, rather than an anonymous listings site.

“We are proving day-after-day with little tests that we’re doing, the numbers are just doing so well, it just really, it really motivates me,” continues Zuckerman. The company is reaching out to admins on the platform in an effort to make it communities stronger, rather than just seeing customer service as dealing with incoming issues.

“It has me on like a high so that and even when it gets to like little dips, when it comes to have to fundraise in the future, all these things are all on my mind — I think before, I would have worried about them and now I’m just sailing the ups and downs and knowing that as long as I have my passion, that will sail me through.”

When your employees are happy, business does better. For David Segal, knowing how to hire and creating the right environment for employees was just…