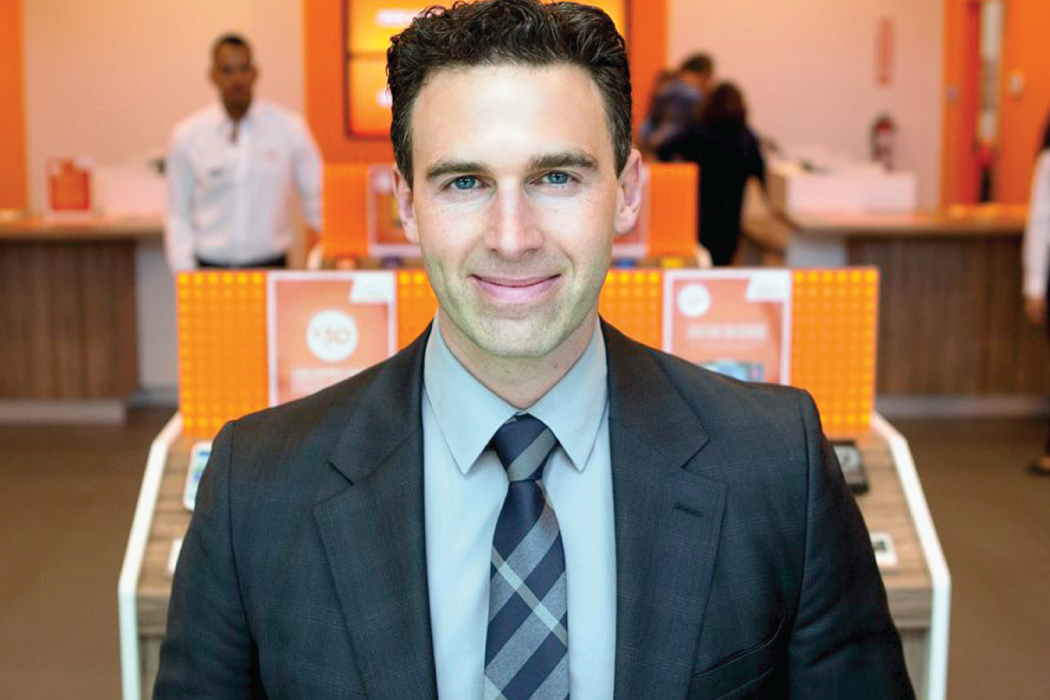 The ‘Startup Growth Series’ showcases stories of entrepreneurs that have overcome obstacles in order to expand their businesses in Canada and abroad.

In a career filled with well-publicized highs and lows, Tony Lacavera is nothing if not a controversial figure in the Canadian tech world. Having founded six companies and co-founded six more, Lacavera says he has learned something new from each experience. The serial entrepreneur now is an active angel investor through his company, Globalive, and an advisory council member at the DMZ.

Opening up for an in-depth interview with BetaKit, Lacavera shared a few of those stories from his entrepreneurial journey, with recommendations for the next generation of entrepreneurs.

When Lacavera started his entrepreneurial career in the mid-1990s, the hottest job in town was working for Nortel Networks. At the time, it was Canada’s blue-chip telecommunications company. It would soon be joined by Research In Motion (RIM), which was growing quickly.

A common thread within the entrepreneurial community at the time was the idea that you needed to work for a big company and learn the ropes before jumping out on your own. The corporate gig provided security as you learned, plus the opportunity to make a lot of money to start your venture.

“You don’t hand over control of your personal life to other people.”

“People say it’s much lower risk to get someone more experienced at a big company, a big consulting firm, or a big technology firm,” said Lacavera. “That [your job] is so much more secure.”

For many people, joining a “secure” tech company at the wrong time actually meant you had little security. Once employing almost 100,000 people worldwide at its height, Nortel famously filed for bankruptcy in 2009. RIM crashed after the popularity of the BlackBerry smartphone died out, to be reborn under a new name as an enterprise security company. But even without the fear of mass layoffs, Lacavera is adamant that getting a job is no safer than starting your own business.

Instead, Lacavera advises all entrepreneurs to chase freedom over money or security. Through that quest for freedom – over your time, your movements, and your decision making – you are more likely to solve the problems that produce a great business.

“People say there’s so much risk in startups,” said Lacavera. “But I actually consider myself very risk-averse. Whatever problem I’m tackling, I have a much better probability of solving it doing it myself versus trying to find a company to work for to do it.”

Realizing that every entrepreneur will run into problems they don’t know how to solve, Lacavera doesn’t recommend jumping in head-first without a plan, however. It’s a matter of reprioritizing your life to value freedom over security, then looking for learning opportunities along the way. For people who feel that it’s unrealistic to chase freedom in the current job market, Lacavera has some additional advice: look at your life outside of your job.

Once you’ve made the choice to chase freedom, you’ll no doubt run into problems. That’s why Lacavera recommends starting any endeavour with a plan. Problems occur when people deviate from the plan too often and pivot.

“It’s a fine art to stick to that path when things may be indicating it’s not going to work, versus stopping and pivoting all the time,” said Lacavera. “Every time there’s some bad thing that happens, people pivot. That’s entered the startup ecosystem too much: pivot, pivot, pivot, pivot, pivot.”

Instead of pivoting, which sounds great in the pitch meeting but in reality can cause scope creep and team burnout, Lacavera advocates for sticking to the plan while being flexible.

Lacavera provided an example from his own experience running Wind Mobile.

“It’s a fine art to stick to that path when things may be indicating it’s not going to work, versus stopping and pivoting all the time.”

The fledgling mobile service had identified business professionals in urban centres as its target market. The problem, however, was Wind’s coverage quality at the time. Lacavera said that consumers, while drawn to Wind’s lower prices and fairer roaming policies when compared to major carriers like Bell, Rogers, and Telus, were concerned about the risk of jumping to an untested cellular network.

It sounds like the perfect recipe for a pivot, but that’s precisely what Lacavera didn’t do. Instead, he found an adjacent consumer category to leverage as trust-builders with his target demographic: teenagers.

“The way we got people to buy initially was that it would be their kids’ line,” said Lacavera. “We were targeting younger kids since we were the first to do unlimited data. That was our entire pitch to parents: your kids are using text like crazy, so here’s unlimited. Let’s try it.”

Because the entire pitch was about giving your kid a phone – something rare and expensive back in the early 2000s – parents were okay taking a chance on poor connectivity. But that’s not what happened.

“After a year or two, parents were saying they were always able to reach their kid,” said Lacavera. “So they wanted to try it for themselves. We moved up market that way.”

Instead of pivoting away from its target demographic, Wind found a novel way to reach them by quelling their biggest concerns with the service through an adjacent customer.

Over his decades of entrepreneurship, Lacavera has had to solve many problems. Now, as an investor and DMZ mentor, he’s focused on helping the next generation of entrepreneurs avoid a few of his past mistakes.

But Lacavera is always cognizant that the biggest mistake an entrepreneur can make is not learning how to make their own decisions.

“It’s been a really strong part of my character that I don’t want to rely on other people making decisions for me or deciding what’s good for me,” said Lacavera, hinting that this stubbornness and independence led him to be an entrepreneur.

“[Starting a company] is obviously not the default path you grow up thinking you’re going to do,” said Lacavera. “It’s a very big shift.”

While Lacavera has lessons to share with today’s entrepreneurs, he also wants them to know they don’t have to follow his path. Instead, they can make their own.

Help your startup increase its revenue by creating a customized sales playbook.

In four months, your business will receive 360 support from world-class coaches in order to grow from startup to scale-up.

Ask an Investor: What should I read over the holidays?