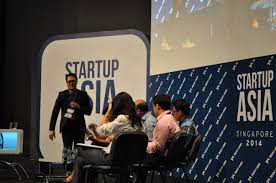 Two weeks ago we wrote about the remarkable amount of press coverage that Kairos was receiving, a South Korean-based startup lead by its Canadian cofounder Sam Yang, as well as several other canucks on the team.

Kairos made its new swiss watch/smartwatch available for pre-orders on May 15 and the requests for the new gadget have been steadily flooding in according to the founder.

The yet-to-be-released watch is being touted (by Yang) as the “Hublot of Smartwatches,” since it’s a traditional swiss watch with a 0.1mm thin TOLED (Transparent Organic Light Emitting Diode) display. That means the watch’s surface turns 60 percent opaque when a notification from a synchronized smartphone comes.

Interestingly though, Yang told me that he’s much happier about founding his startup in South Korea, rather than Canada, giving several reasons why.

He said he loves Canada and he’ll return to raise a family there, but right now it just wasn’t right. “As a start-up CEO – especially as a young minority, I’ve had the toughest time in Canada,” he told BetaKit.

Finding funding was tough, particularly for a young minority entrepreneur, as he explained. While Canada is home to some of the most ethnically diverse cities in the world, “angel investment groups are almost reserved for the ‘connected.’ You really need to have your hand held to even get in the door.”

Trust me, he wrote, “I tried everything.”

While it may appear that Yang is making a racial argument, I more agreed based on the fact that regardless of race, there is a certain connected group of entrepreneurs who get the eyes of VCs more often. One only needs to go to one of the select few big name Canadian tech conferences to see this in action.

VCs will of course argue this point and say that their emails are always open, and for many of them I believe this to be true. Nevertheless, Yang clearly had a difficult time, and not for lack of effort.

The second reason for starting his company away from Canadar was the tremendous amount of government support Yang received from South Korea. He’s not even legally Korean, but the government of South Korea recently awarded Kairos with a $100,000 five-year loan at 2.9 percent interest. “If we default, 80 percent is covered by the government. Yes, Canada does have small business financing programs, which are great, but it works hand-in-hand with your personal financial credit rating than the business idea itself. So it’s really no different from getting a typical bank loan in my opinion.”

Manufacturing was less of a headache in South Korea for Yang. He said the infrastructure for start-ups to build anything in Canada is “relatively non-existent,” due to high minimum order quantities (MOQ’s), unaffordable set-up costs, and lack of choices.

Finally, he said the overall pace of building his business took a long time- two years to get in the door of a distributor when he was running a former electronics company, Zenesis. “The pace is really really slow to other parts of the world – including USA. As a start-up it’s disastrous. For established companies, it’s probably better,” Yang told us.

Overall he doesn’t think Canada is ideal for startup incubation, agreeing that there are tons of programs designed to help kick-start startups. However, many often appear to be more talk than action, he estimates.

Importantly, Yang wanted readers to know that he loves his home country and he’ll almost certainly return to start a business so long as he achieves a bit more success in South Korea. He also misses Leafs games on the weekend (although now he’d have to wait at least six months for that).

For now though, he’s enjoying the help in Asia.

“What I was amazed of in Switzerland, Korea, Japan, and Singapore was the FAST pace of support that start-ups received,” he said. “I was recently at Start-up Singapore and almost every participant from Singapore had already received government funding of up to $100,000. These were just grants (not loans).”

Agree or disagree? We’d love to hear your voice in the comments section.