In this article, six founders share their thoughts on the factors that determine when a company that began as a startup is no longer considered a startup.

Teenagers stop being teenagers when they turn 20. Some people in their 20s and 30s may still have a teenage mentality, or even act like teenagers occasionally, but that doesn’t make them teenagers.

By the same token, there are specific factors to consider when determining whether a company is a startup or not, and saying you have a startup mentality does not make you a startup.

In order to clearly establish what these startup-defining factors are, these six founders shared their thoughts*, and the resulting criteria are listed below.

If a (former) startup reaches a certain threshold of employees/revenues/market presence that is considered measurable, noticeable, or significant for its particular industry, then it’s no longer a startup. This could vary dramatically from industry to industry—for instance, a public relations firm could be post-startup with just half a dozen employees and a million dollars in revenue, whereas an auto manufacturer (i.e. Tesla) may get to billions of dollars in revenue and thousands of employees before it’s considered a non-startup in its particular space.

Profitability (or not being dependent on investor capital)

Once a startup does not rely on investor capital to fund its growth, and it sees consistent profits which can be used to fuel company expansion, it is no longer a startup.

Companies of all shapes and sizes want to claim a startup mentality because of the cachet the term has. Startups are innovative, exciting, and just plain awesome.

Startups begin with a hypothesis that their product or service will be attractive to an audience or group of customers. They are trying to bring a number of elements together in such a way that will prove their hypothesis. Once that hypothesis is proven, the business idea has been fully validated, the company has its product-market fit, and they should no longer be considered a startup.

– Rivers Corbett, founder and CEO of The Chef Group, host and founding member of StartUP Canada

Startups have informal communication channels, but one strong sign that a company is no longer a startup is that its everyday function is complex enough that it necessitates formal communications channels. As a company matures out of startup mode, random texts and emails are insufficient. For example, MindSea implemented structured, monthly one-on-ones and created dedicated channels for inter-departmental feedback. When the days of shouting across the room to ask the CEO a question are gone, this is a sign that the company has matured from its startup roots.

I believe that a traditional, non-scalable business, such as a standard convenience store, does not qualify as a startup. A startup must be innovative and have a business model which has the potential to rapidly scale globally. Once a company reaches a point where it is no longer innovating, it is no longer a startup.

– Scott Stirrett, founder and CEO of Venture for Canada

Startups are scrappy, resourceful, and they punch above their weight.

Shopify is certainly innovative, but it has scaled globally, is extremely profitable, has a strong product-market fit and formal communication channels; therefore, it would not be considered a startup. The same goes for Google, Facebook, LinkedIn, Slack, Hootsuite, and all the other giants that once began as small startups.

The confusion happens when startup mentality is taken into consideration. Companies of all shapes and sizes want to claim a startup mentality because of the cachet the term has. Startups are innovative, exciting, and just plain awesome. What exactly is startup mentality though? And if a company has such a mentality, do the aforementioned criteria still determine whether or not this should be considered a startup?

As Erin Bury, managing director at Eighty-Eight puts it:

“Startups are scrappy, resourceful, and they punch above their weight. They’re the David to the industry Goliaths, but instead of standing in the shadows, they try to forge a new path – solving an old problem in a new way, or solving a new problem. They do a lot with a little, try new things, are open-minded, and never say things like ‘we can’t’ or ‘that’s not my job.’ They place a ton of value on the team, create hardworking but vibrant cultures, and they move quickly, measuring things, and changing course when things aren’t going as planned. You move out of startup mode when this mentality and approach shifts to one where you move slowly, act complacently, rest on your laurels, and become the Goliath in the room with new Davids nipping at your heels.”

*Please note that each founder provided a separate set of criteria, from which one criterion was chosen from each set. This article does not reflect the views of each individual contributor, but is rather an amalgamation of the most prevalent criteria. 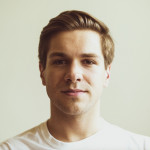 Ben Winn is a Mount Allison University Commerce graduate, and a Venture for Canada fellow. He is a Young Diplomats of Canada delegate, and was on the founding team for the Venture Out Conference— Canada’s first ever summit for LGBTQ inclusion in tech and entrepreneurship, for which he was made a 2017 Acts of Greatness Champion. Ben speaks and conducts workshops on customer success and relationship building, and currently manages customer success at SeamlessMD, an enterprise healthtech startup that works with hospitals in Canada and the United States to optimize surgical outcomes for patients.