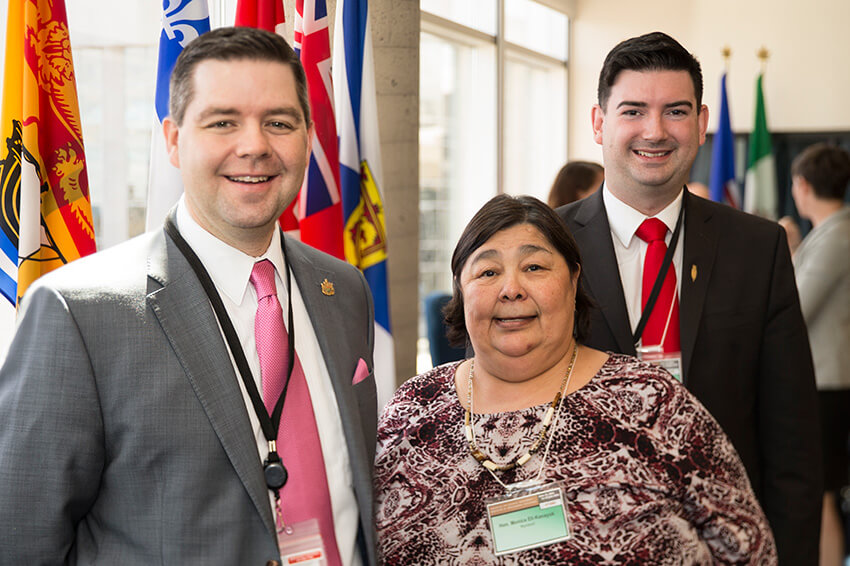 Saskatchewan’s tech ecosystem may be able to expect much of the same when it comes to startup and innovation policies, despite a recent shakeup with the Minister Responsible for Innovation Saskatchewan.

“The sector should expect the government to continue strengthening the tech ecosystem.”

Following the recent changes, BetaKit connected with members of Saskatchewan’s tech ecosystem and the newly appointed minister about what the changes could mean for the sector.

The change in ministers comes as Saskatchewan has seen a burgeoning tech ecosystem over recent years. In 2019, the province pulled in around $100 million in venture capital, according to CVCA, which represents more than the last five years combined.

Beaudry-Mellor was appointed Minister Responsible for Innovation Saskatchewan in 2018. She was instrumental in passing the legislation that created the Saskatchewan Technology Startup Incentive (STSI), which has become known as the most aggressive angel investment tax credit in Western Canada.

Members of Saskatchewan’s tech ecosystem that BetaKit spoke with lamented Beaudry-Mellor not returning to parliament, emphasizing the important role she played over the last few years in building up the provinces’ ecosystem.

“Minister Beaudry-Mellor was a huge advocate for the tech sector and was very engaged in the innovation file and with stakeholders in the community,” said Innovation Saskatchewan CEO Kari Harvey.

“She has been a tireless advocate for our community,” added Aaron Genest, president of the SaskTech Association.

BetaKit · Black Swan #24: How to scale in a pandemic

“Her legacy is deep, including programs supporting new education pathways for immigrants, upskilling for existing workers, enormously effective incentives for investors to grow our innovation economy, new incubators and accelerators for innovative companies, and, most importantly, established communities for entrepreneurs, women in tech, and our innovation economy leaders,” he said. “Ms. Beaudry-Mellor was at the centre of all of this activity, participating deeply, and I know of no stakeholder in our community who isn’t disappointed at her departure.”

“While her departure is a loss to the tech sector in Saskatchewan, I have no doubt that the momentum within the ecosystem will continue,” stated Harvey.

Harrison’s recent appointment points to the Saskatchewan government’s continued commitment to the tech sector, as the innovation portfolio is not a new one for Harrison. The Meadow Lake MLA previously served in the role from 2014 to 2018.

During his tenure, Harrison was instrumental in establishing Co.labs, the province’s first tech startup incubator, among other startup-related initiatives.

In a recent statement to BetaKit, Harrison emphasized that he and the Saskatchewan government plan to continue prioritizing the sector, calling startups and innovation policies “extremely important” to the government’s approach in growing the provincial economy.

“The sector should expect the government to continue strengthening the tech ecosystem through supporting startup growth, incentivizing early-stage investments and ensuring that the companies that are scaling will have the talent they need to grow,” he told BetaKit.

“The playbook will need to evolve in the coming years as we continue to show that when our founders are given an equal playing field, we have the best pound for pound builders in the world.”

The Government of Saskatchewan has made tech a key part of its strategy, including a goal to triple the growth of the province’s technology sector by 2030.

“Not only are the startups in Saskatchewan integral to growing our technology sector, their innovations strengthen traditional sectors like agriculture, energy, mining, etc.,” Harrison said, noting previously announced commitments of $1 million annually for the Agtech Growth Fund and $15 million in venture capital investment for an agtech fund.

In addition to being in charge of innovation, Harrison also holds titles as minister of trade and export development and minister of immigration and career training. As part of last week’s cabinet shuffle he also became the minister responsible for Tourism Saskatchewan. Harrison additionally serves as the House leader.

Harrison’s appointment was welcomed by Innovation Saskatchewan, with Harvey noting that the organization expects to see strong support and alignment to meet the goal of tripling ecosystem growth by 2030.

“Harrison will continue to be an advocate for the sector and add to the government’s track record of success in its growth,” she told BetaKit.

Saskatchewan’s tech sector’s increased success in recent years has been forged by the attraction of venture capital and angel investment (attributed to the STSI). For many years, the province struggled to draw attention, despite notable success stories like SkipTheDishes.

Saskatchewan is home to burgeoning tech companies like 7Shifts, Coconut Software, and Vendasta. Last year, it saw the establishment of the Conexus Venture Capital Fund, with a goal of bolstering early-stage Saskatchewan startups.

Sean O’Connor, Conexus’ fund manager, expressed a similar sentiment to other members of the ecosystem regarding the change in ministers. He also expressed a continued belief in the provincial government’s tech commitments. However, he emphasized the need to bring in support for scaling companies as well as early-stage.

“Where we once were looking to find ways to get early-stage founders their first angel investor and customers, we now need to find ways to get the Coconut Software’s, 7shifts’, and Vendastas’ access to hundreds of skilled employees, along with new office space in areas where tech workers want to live,” he told BetaKit. “The playbook will need to evolve in the coming years as we continue to show that when our founders are given an equal playing field, we have the best pound for pound builders in the world.”

For his part, newly re-appointed Harrison pointed to some of his key priorities as supporting youth in developing entrepreneurial skills. “I believe that having youth think about tech entrepreneurship as a viable career path will be critical to fostering the emergence and growth of new startups in Saskatchewan,” he said.

“My hope is that by continuing to strengthen the tech ecosystem here in Saskatchewan, our province becomes the best place in Canada to build tech startups,” the minister added.