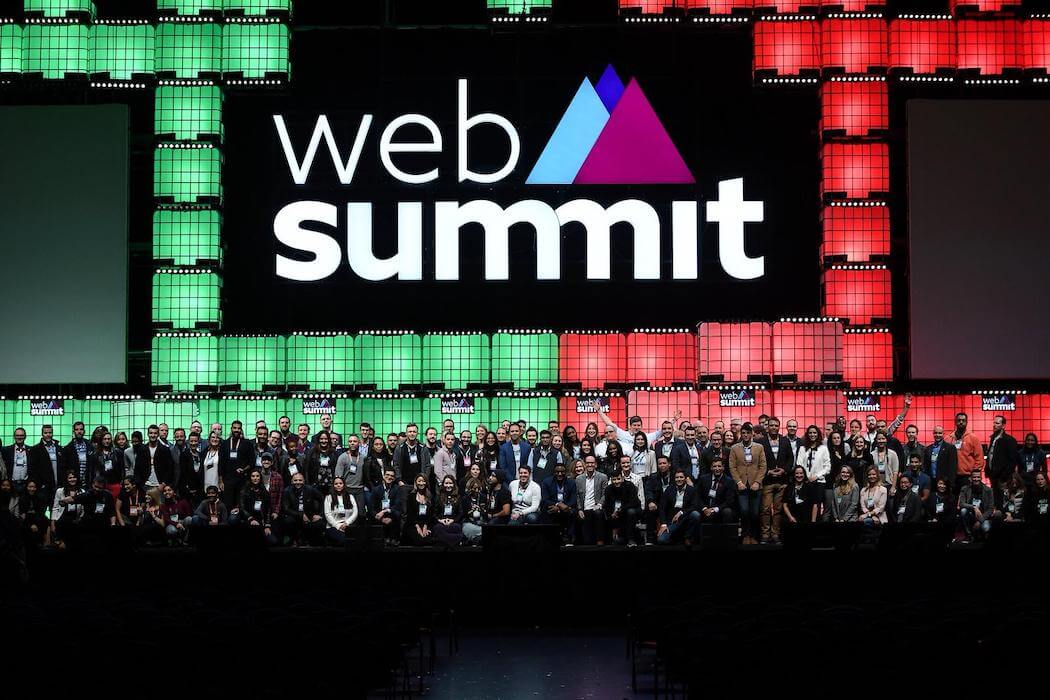 Web Summit will go ahead as organizers had promised earlier this month. The event is now set to be held in December and will be hosted both in-person and online.

The annual tech conference, being held in Lisbon, hopes to host up to 100,000 attendees from December 2 to 4. Web Summit, the predecessor of North American tech conference Collision, was originally set to be held in November.

The event will be hosted through a newly developed “proprietary online conferencing platform,” currently being demoed at Collision.

The mix of offline and online will be subject to Portugal’s health protocols for events at that time.

The online portion of the event will be hosted through a newly developed “proprietary online conferencing platform” that is currently being demoed at Collision from Home, taking place this week. The December Web Summit would mark the second time the online conference platform technology is used.

Organizers developed the tech after Collision, originally supposed to be held in Toronto for its second year, was forced to move online amid the COVID-19 pandemic.

In March, Collision announced it was cancelling the June, in-person Toronto event and shifting it online due to public health concerns associated with COVID-19. The annual tech conference, which draws thousands of attendees from across the globe, began its three-year stint in Toronto last year. The conference is expected to return to Toronto as a physical event in 2021.

“Business events alone is a $1.5 trillion USD industry, approximately 100-times the size of the music industry,” said CEO and founder of Web Summit Paddy Cosgrave. “The purpose for most of us going to these events is networking. The serendipity that happens at events is the allure and magnetism that draws people back.”

Immensely proud of our product and engineering teams

In time we hope to open our online conference platform to third parties who in particular, like us, organise large, bespoke events https://t.co/IiIAR40xK0

“We have been building software that enables connections at events for over half a decade so we could pivot quite naturally online,” he added. “Our platform will hopefully enable people from all over the world to make the same meaningful and valuable connections that are somewhat similar to the real world.”

In response to a question from BetaKit during a Wednesday press conference, Cosgrave said Collision plans to offer its new software to its existing partners initially. He added that the focus of the conferencing software is to help run “very large events run by the biggest companies in the world.” The Collision and Web Summit founder pointed to events put on by large companies and NGOs that require “a level of planning and features that is not what your average size conference needs.”

Successfully hosting events online has been a concern for a number of organizations in the tech ecosystem amid COVID-19. Some organizations, which heavily rely on in-person events have been forced to cease operations. Many accelerators, incubators, and other startup-related event organizations have shifted their focus to online.

According to Collision, more than 30,000 people are expected to virtually attend Collision from Home, representing more than 140 countries. Cosgrave said during the Wednesday press conference that 32,000 attendees have already participated in the online event.

Tickets for the virtual portion of Web Summit are now available online. Organizers noted that the format of the event will likely be finalized in early October and will “strictly adhere” to Portugal’s health protocols at that time. The decision will also be reviewed weekly after that point and subject to health protocol changes until opening day in December. Tickets for the in-person portion are set to go on sale in early October, if the event moves forward in that format.

Collision has promised to return to Toronto as a physical, in-person conference for its “second year” in June 2021. BetaKit reached out to the organization for comment on how a new hybrid, online approach might affect Collision’s commitment to Canada.

With $3.1 million in seed funding, Limelight transitions from service to product with its agency-in-a-box

When Jonah Midanik started Immersion marketing agency in 2003, the advertising scene was, obviously, very different from today. There were none of the demands…