Quite a few people asked me what these previous crises looked like. I am fortunate enough to experience all four crises as a leader. I say I am fortunate because these experiences will help Wattpad navigate through the rough sea this time.

Yes, this COVID-19 crisis is different because of its astonishing speed and magnitude. That said, crises always have an end date. In this article, I share my experience in previous crises and the lessons learned.

This COVID-19 crisis is different because of its astonishing speed and magnitude.

In late 1999, I was about to leave my job at Symantec. At that time, I was a young engineering leader building Windows products. But I was fascinated by the potential of internet products. In 1999, the most trafficked internet company was Yahoo. Amazon was a startup. Google was one year old. It would take another two years before Wikipedia was born. Five more years before Facebook was born. That’s how early it was.

In March 2000, I joined Brightspark Labs, an internet incubator (somewhat similar to today’s Techstars and Y-Combinator). At any given point in time, there were about 10 different internet companies under the same roof, and I would be assigned to a couple of companies at a time to help them start or scale. It was fun. It also gave me the visibility of multiple companies.

March 2000 was also the peak of the dot-com bubble. You can see the peak in 2000 in the following chart. It took another 15 years before NASDAQ to reach this level again.

You might also notice that the market didn’t crash overnight. Nasdaq lost about 80 percent of its value over a period of two years. When Nasdaq started to fall in April 2000, most companies actually kept hiring people. One of the Brightspark portfolio companies that I worked closely with (as their acting head of engineering) grew from three co-founders in March to over 50 people by summer. It was wild.

As the tech-laden NASDAQ continued the downward trend, investors started to panic. Funding started to dry up. All of a sudden, companies that were heavily relied on raising more capital to fund their operation discovered that the well had gone dry. When high profile companies like Webvan (the largest online grocery company, the Instacart at the time) and Excite@Home (the largest broadband internet portal and service provider in North America at the time) went bankrupt, the negative sentiment started to snowball.

Lesson 1: Never assume you can find investors to fund you.

As NASDAQ continued to fall, the negative sentiment started to spill over to other sectors. More and more consumer-targeted dot-com companies started to lay off people or shut down. The aforementioned company that I worked for shrank from 50 to three in multiple rounds of layoffs (within just a few short months). It was even wilder. When there was no investor and the revenue or profit couldn’t support the operation, layoffs were the only option.

Lesson 2: Revenue and profit do matter. A lot.

Initially, many of the backend focused tech companies, such as Nortel – at one point the most valuable Canadian company that employed 100,000 people – believed that they could be immune from the meltdown because they were suppliers to dot-coms but not one of the dot-coms. Wrong.

Then two planes flew into the World Trade Center in New York City on September 11, 2001. Good luck if you were hoping for a speedy recovery.

Exodus (the AWS before AWS) was another high profile causality. The following was quoted from Ben Horowitz’s The Hard Thing About Hard Things. I can’t say it better than him:

I got another sign when our largest competitor, Exodus, filed for bankruptcy on September 26, 2011. It was a truly incredible bankruptcy in that the company had been valued at $50 billion a little more than a year earlier. It was also remarkable because Exodus had raised $800 million on a ‘fully funded plan’ just nine months earlier. An Exodus executive later joked to me: “When we drove off a cliff, we left no skid marks.” If Exodus could lose $50 billion in market capitalization and $800 million in cash that fast, I needed a backup plan.

Lesson 4: When your expenses are out of control, no one can save you.

Don’t run out of cash. Just don’t. Note: this lesson may sound obvious but history is telling us that it is not that obvious to many people.

Even Amazon was reportedly close to running out of cash.

Lesson 5: If you could stay alive during the darkest moment, you would come out on the other end much stronger because your competitors are battered and bruised.

There were numerous high profile bankruptcies in the Silicon Valley and outside of the Valley. In the Valley, the office vacancy rate was sky high – rising to 20 percent from 0.6 percent only 18 months earlier – because so many companies disappeared. Unemployment rate in the Valley hit 10 percent (as a comparison in February 2020, US unemployment rate was 3.5 percent).

I have a friend in the Valley who spent over a year looking for a job without success. He eventually decided to change careers and moved elsewhere. He was not alone.

It is worth mentioning that despite these major shocks, the collapse was mainly contained in the tech sector. Yes, the spillover caused a recession in the broader market but it was relatively brief and shallow.

Around that time, I co-founded my first company Tira Wireless within Brightspark. Fortunately, Brightspark seeded the company so we didn’t have to worry too much about fundraising initially. My Wattpad co-founder Ivan joined Tira as one of the early employees after his last employer Delano turned off the light. Delano was another high profile bankruptcy in Toronto. It employed hundreds of people at one point but it went from boom (went public in early 2000) to bust in exactly two years.

Anyway, Tira was nimble, scrappy, and resourceful. With just a handful of people in the company (I think seven), we moved fast, found a clear opportunity in the rapidly evolving market and built something that was good enough to attract an investor in late 2002. It was really tough to raise money at the bottom of the market. Terms were crappy, but at least we could continue to build the company.

With some additional capital in the bank, we had an ambitious plan ahead of us. Then a new virus called SARS arrived in early 2003.

Fortunately, the virus disappeared quickly. It was mostly contained in Asia. That said, the recovery momentum was slowed substantially but there was no major shock. The US didn’t even enter a recession.

Between 2004 to 2007, a new crop of internet companies – collectively called Web 2.0 companies – started to emerge.

COVID-19, it’s like battling the Dot-com bubble, 9/11, SARS, and the Great Recession multiple times over.

These companies include many household names such as YouTube and Facebook. Of course, Wattpad started during this era as well. It was a great time to start a company because the competition wasn’t as fierce. Tech investors became active again. Tech experienced a Renaissance. Towards the end of this era, great and not-so-great companies all get funded. Valuation became a bit out of control (in the last decade’s standard). By the end of 2007, the unemployment rate in the Valley fell back to the dot-com bubble level.

Tech unemployment rate went up to the post-dot-com record level as many tech companies went through rounds of layoffs or bankruptcies. Consider this as the dot-com bubble 2.0.

RELATED: “Hope is not a strategy”: Michael Hyatt on how to survive a Black Swan

Fortunately, other ailing financial giants were all bailed out by the governments. There was a spillover to many other sectors, like auto manufacturing, which the governments promptly bailed out as well. Thanks to the bailouts, the 18-month recession was deep but given the magnitude of the problem, it wasn’t painfully long.

Around that time, Apple App Store emerged. Together with Android, the smartphone era officially began. After bootstrapping Wattpad for more than three years, we raised our first round of seed funding towards the end of 2009. That year also marked the beginning of the longest bull run of tech and the broader market in history until it ended abruptly last month.

This COVID-19 crisis is different in so many ways. It arrived at astonishing speed – in early March most of the world was still business as usual. Four weeks later, more than half the world is now locked down. COVID-19 is a pandemic while SARS was not. The magnitude of this current crisis is also unprecedented – it is a global, extremely severe, cross-sector recession.

We need only look at the latest unemployment numbers to illustrate the magnitude of the fallout. According to the latest reports, US unemployment claims now exceed 22 million, the highest it’s been since the Great Depression. At the same time, retail sales have plummeted, with record lows.

We are currently facing a conflagration of catastrophes we’ve never seen before. It would not be an exaggeration to say that with COVID-19, it’s like battling the Dot-com bubble, 9/11, SARS, and the Great Recession multiple times over.

Therefore, we have to assume that this recession is going to be prolonged and severe. If it bounced back quickly, that’s great. But there is a good chance that it is not going to be a speedy recovery.

When things look bleak, there’s always a silver lining that we can learn from the survivors and the casualties. The former has cash. The latter ran out of cash. As simple as that.

There are only two ways to improve the cash position: earn more and spend less. We have to play both offence (i.e. seize the new opportunities) and defence (i.e. conserve cash) simultaneously.

Allow me to drive home the point one more time: earn more, spend less and we will survive the storm stronger than ever.

This article was originally published to Allen Lau’s blog and was a modified version of an internal memo shared with Wattpad employees in early April. 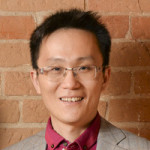 Allen Lau is the CEO and co-founder of Wattpad, the global multiplatform entertainment company, where he leads the company’s vision to entertain and connect the world through stories. A leader in Canada’s technology sector and startup ecosystem, Allen is a member of the Canadian Council of Innovators, a lobby group that advances the interests of Canadian technology companies at all levels of government. He is also the co-founder of Two Small Fish Ventures, a fund that invests in Toronto and Waterloo-based early stage internet companies with strong network effects. Find Allen on Wattpad and on Twitter: @allenlau