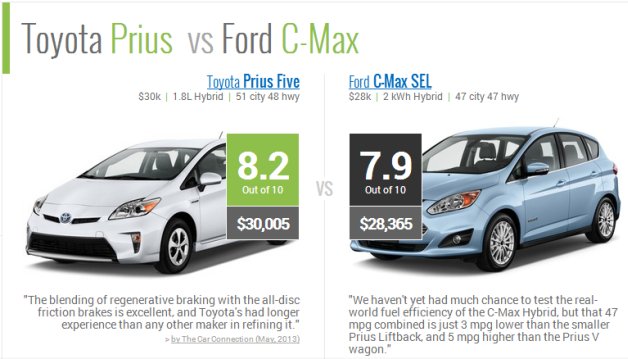 Waterloo-based startup RideNerd has “hit the road” this week, launching with a mission to help car consumers find the most environmentally friendly ride that won’t break their wallets. For the geekier data-types, the site can satisfy their interests as well.

“The problem that we’re trying to solve is the fact that this data is in a whole bunch of places and we wanted to bring it all into one place and make it easier for people to understand the difference between the fuel efficiency and the environmental impact of certain cars,” said cofounder Brenden Sherratt.

Ridenerd is part of the Rebellion Media family. Sherratt and his two cofounders are technically employees of Rebellion, the Waterloo-based digital media company that creates and acquires digital media ventures.

Sherratt said that an increasing amount of car consumers are looking at eco-friendly aspects of car purchasing decisions, while still taking into account budget concerns. “We know that this green angle isn’t going to be for everyone but its one of those things for eco-conscious consumers that they look at,” Sherratt told BetaKit. “Hopefully we can give them the data and the perspective in order to make that right decision.”

The company plans to initially rely on ad revenue for monetization plans, which isn’t a bad idea considering the amount of money companies like Ford shell out on a yearly basis, trying to convince people that their car is the best, most eco-friendly.

But for now, RideNerd just wants to give consumers all the information they need to make educated decisions on 2013 and newer models. Each comparison comes with a “differences” section, pitting cars against each other in dozens of different categories, like carbon footprint, city driving range, smog production, exhaust gas and more. Graphs showing annual costs inform consumers on the financial specifics while different reviews from various websites provide third party analysis. Final specifications of each car and further readings are also included, as well as the final “RideNerd Score”. It’s a seriously detailed website that lists more information then the average car-buyer actually needs (which is a good thing).

“One of the most interesting things for me is comparing a hybrid versus a non-hybrid car, so for instance comparing the Camry LE versus the Camry LE Hybrid, and seeing the difference,” said Sherratt. “We’ve been able to look at the cost breakdown for that, looking at the gas mileage versus the added price over five years and we lay out all of that information. I haven’t seen that anywhere else.”

So, if it we’re a Prius vs a Fit or a Volt vs a Leaf, which cars should people buy according to the site? The first set of cars nets a narrow win for the Prius, with a ridenerd score of 8.5 out of 10, while the Leaf gains the edge with an impressive 9.5 out of 10 score.

We’ve already seen smart glasses disrupt skiing and cycling, and now its time for sailing. San Francisco-based company Afterguard announced this week the launch of a…