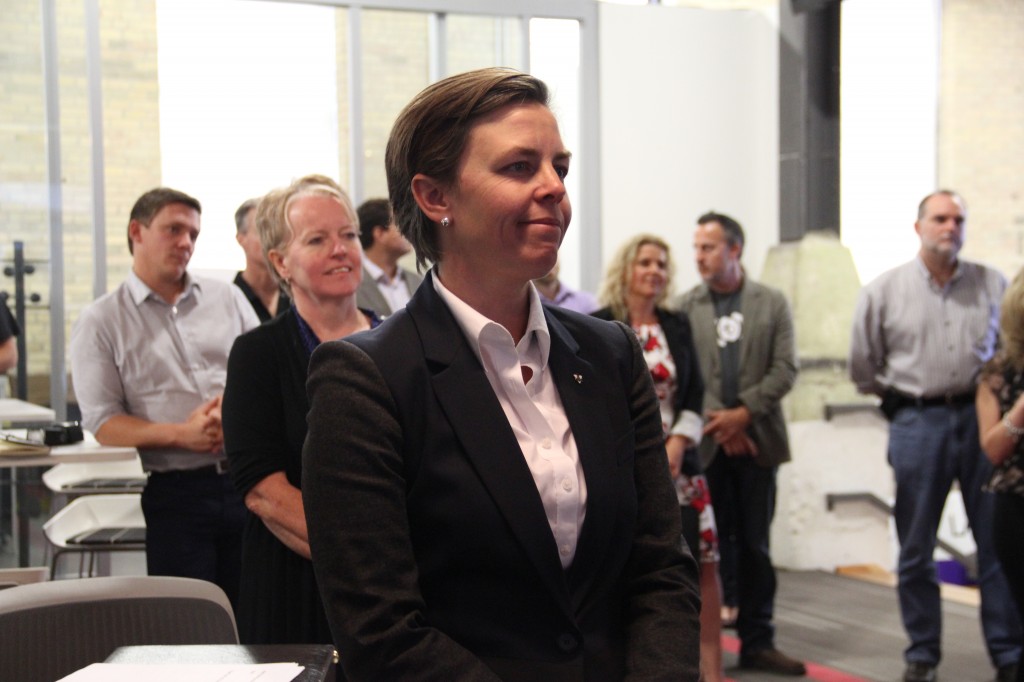 The 36-month, $300,000 project, funded by the federal government, will focus on strengthening female talent and retention in the tech sector. Canada’s Minister of Labour and Minister for Status of Women Dr. Kellie Leitch was on hand for the ceremony yesterday.

“I’m happy to be here on behalf of the government of Canada, providing an opportunity for greater economic opportunity for women in a sector that has frequently been underrepresented by women,” said Leitch. “The Communitech project will facilitate changes in company and community approaches to women in technology.”

The program will encourage five selected companies to review HR policies, enhance leadership skills and build mentor networks to ensure that there are no barriers to entry for women in tech. Those companies are Teledyne DALSA, Rebellion Media, Magnet Forensics and Desire2Learn, all of whom reside in Waterloo.

The companies will work with Communitech to come up with best practices and new initiatives for other tech companies to strengthen women’s recruitment and retention. “Everyone has the right to work in an environment that is safe and productive, one that is healthy and helps grow our Canadian economy. And one where your skills are the reason why you achieve things and move up the food chain,” said Leitch. “I want to be part of a country where opportunities are based on skills, competency and merit.”

Communitech’s Karen Gallant said the Women in Technology project will impact the community through networking and training opportunities. Communitech will also present a large-scale public event to “raise the profile of women in leadership and management roles and inspire women in tech to reach their potential.”

It seems fitting that Kitchener-Waterloo’s tech community is coupling up with a greater push for women in tech. Both solitudes have made strides in their own rights over the past few years.

The Kitchener-Waterloo area always seems to garner attention for technology-related news, whether its high-potential startups being churned out of Communitech, or the $30 million Hyperdrive accelerator program. Some of those names include Thalmic Labs (creators of the MYO motion tracking armband), Will Pwn 4 Food, The Dandy Co., and more. Lets also not forget that the once favoured son of Canadian innovation, BlackBerry, started in Waterloo.

Meanwhile, a local filmmaker named Taylor Jackson is currently producing a documentary called “Startup Community,” following various startups around Waterloo. Initially Jackson was looking to raise $10,000 via crowdfunding, but the film attracted over $17,000. It should be released to the public in February 2014.

While there has always been a push to attract women in technology-related positions (as well as academic fields like Science, Technology, Engineering and Math), it seems the past few years have seen a serious uptake.

Maybe ten years ago a woman coder would have been the exception to the norm, but a walk into the offices of many startups around Canadian cities and the increase in women employees is undeniable. Still though, the ratio of men-to-women in technology-related positions must continue to rise. Yesterday’s announcement at Communitech is sure to help that.