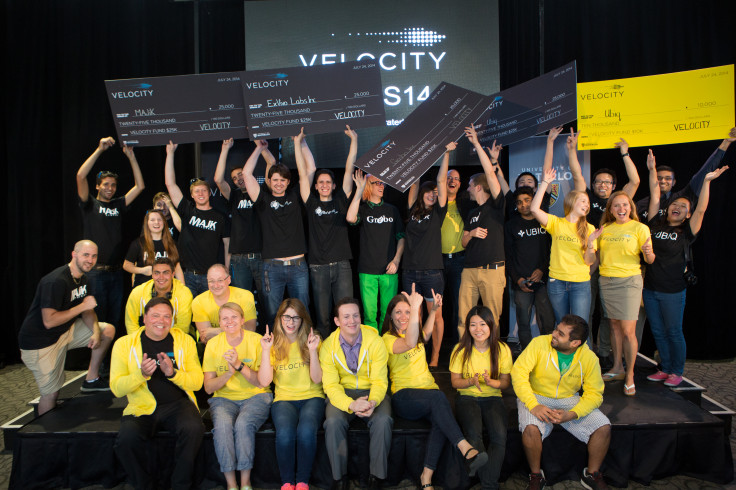 Four student startups have received $25,000 grants each after winning the VeloCity Fund Finals at the University of Waterloo.

ExVivo is changing the way allergies are tested. Their product provides an alternative to existing skin prick methods by moving the reaction outside of a patient’s body; Grobo is a personalized app-controlled in-home gardening system that lets anyone grow a successful garden at anytime of the year, regardless of their experience level; MAJiK Systems is a web app where factory managers and machine operators can view their machines’ status, efficiency and errors in real-time; and Ubiq is reinventing the way presentations are given in enterprise organizations by allowing users to wirelessly present from their tablets or laptops to existing projectors and TVs in their meeting rooms. Ubiq also took home an additional $10,000 for the “best hardware startup”.

VeloCity said the event actually trended at number one on Twitter in Canada (#VFFS14) and with over 700 watching livestream and hundreds more witnessing the competition in person.

10 young entrepreneurs started off the event pitching for three $1,000 prizes in front of what was likely that portion of the event’s largest audience turnout yet. Suncayr won two of the awards: Most Innovative and People’s Choice. Boogaloo Bunks won Best Pitch.

The afternoon’s $25K competition drew an even bigger, standing-room-only crowd.

A VeloCity release said that three of the four are looking to commercialize products with both a hardware and software component, which will give them space in the new Velocity Foundry incubation space when it opens in the coming days.

“But wait! There’s more. Velocity director and MC for the day Mike Kirkup happily announced the end of the $1K competition. In its place, next term, the $1K turns to $5K!,” wrote VeloCity.

The next Velocity Fund Finals happens in November.

Techstars Toronto has announced the 10 startup’s joining the accelerator program’s third cohort, which will now begin on June 8, due to the COVID-19…