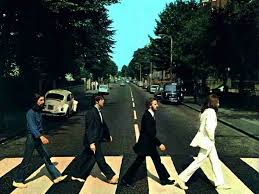 However, limited partners and lawyers are also critical players in venture capital. Here’s a little bit about the different players and the roles they play:

1. The Venture Capitalist – VCs manage the day to day activities of the venture capital firm, and are responsible for identifying and executing on potential investment deals. They receive hundreds of business pitches every year, and usually invest in just a handful of entrepreneurs.

At the top of the venture capital chain of command are the general partners. These individuals are responsible for raising financing for the fund and managing the fund, which includes making final investment decisions, hiring and firing staff, managing expenses, and more. General partners are often required by the limited partners (who I’ll describe shortly) to put some of their own money into the fund. This incentivizes them, by having ‘skin in the game’, enabling substantial capital returns for their limited partners and themselves.

Often times, a fund will have a managing partner who makes the final investment or strategy decisions (For example, Chris Arsenault, an advisor to FounderProject, is the managing partner of iNovia Capital).

Second in the venture capital chain of command is usually the principal, who is often on the partner-track. Principals are the middlemen between associates/analysts, and the partners.

Analysts and associates do a lot of the number crunching for the firm, and are always on the lookout for potential investment opportunities.

Finally, entrepreneurs in residence (EIRs) are not full partners who usually hold a temporary position at a venture capital firm. Sometimes they help the firm look for new investment opportunities, but often times they spend their time looking for new entrepreneurial ventures to join. For example, David Nault at iNovia Capital started as an EIR and recently moved on to the principal position.

2. The Entrepreneur – The entrepreneur is the most important player in venture capital. Without Facebook’s Mark Zuckerberg, Google’s Sergei Brin and Larry Page, and Microsoft’s Bill Gates, these companies would not exist. And, venture funds wouldn’t have entrepreneurs to invest in.

However, VCs don’t invest in average entrepreneurs. It may sound old or cliche, but they only invest in entrepreneurs with a global vision, and the desire to create change on mass scale. Alan MacIntosh, one of the general partners at Real Ventures (and a mentor of mine) likes to say (in his noticeable Scottish accent with a half-joking smile) that it’s all about “Global Domination”.

One particular instance saw Alan tell a young entrepreneur those exact two words, but I suspect he didn’t mean it in the literal sense. Rather, he tried to spark a thought process in the young man to think bigger, and to create change on a global scale.

VCs will only invest in entrepreneurs with this type of vision.

3. Limited Partners (LPs) – Where general partners invest in startups, limited partners invest in venture capital funds. According to Jacques Bernier, the managing partner of Teralys Capital (Canada’s leading technology-focused fund of funds), “a Limited Partner is an investor in a fund. The fund is the General Partner and is liable for the actions of the partnership.”

Ever wonder where venture funds get all their money to invest? It all comes from limited partners. The six most common examples of limited partners are: fund of funds; large corporations; wealthy individuals; pension funds;  insurance companies; and educational endowments.

Jacques further clarified the role of a fund of funds (the most common form of a limited partner), “A fund of funds is a fund that invests in other venture capital funds rather than in companies.”

According to Bernier, the three main criteria that fund of funds look for in a venture capital fund before investing in it are: “one, the management team (the track record of every partner and their complementarity), two, the investment strategy of the fund (is the strategy repeatable and sustainable?), and three, the real value of the portfolio companies they invested in (Are there any exits? What companies are still active in the portfolio?).”

Overall, a fund of funds tries to identify the competitive edge of the venture capital fund and how the management team will add value to it’s portfolio companies.

4. Lawyers – Finally, we get to the lawyers, who play various roles in venture capital.

To start, they help entrepreneurs incorporate their businesses, patent their IP, and with any other legalities involved in starting a company. More and more law firms are starting to catch on to the idea of helping startups at their earliest stages. In particular, Fasken Martineau has done a great job through it’s Start-up Program of reaching out to young startups by lending a hand with any legal issues.

The second way lawyers play a role in venture capital is by representing entrepreneurs in negotiations with VCs. There can be tricky terms on a term sheet, or points of contention where lawyers can help.

Finally, they can play important roles in helping VCs raise money. Setting up a venture capital fund can be tricky (I’ve learned this the hard way while raising FounderProject’s fund that will invest in student startups). Lawyers can help ease the process in dealing with potential limited partners.

So, there you have it: VCs, entrepreneurs, limited partners, and lawyers are the four main players in venture capital. Ultimately, however, it all comes down to the entrepreneur.

Ilan Saks started TheFounderProject in winter 2012 and has since overseen the creation of 160 student startups as a result. He holds a bachelor of commerce from McGill University, and was accepted into the Law/MBA program at Syracuse University. However, he decided to forgo the joint degree to work at Real Ventures, the most active seed-stage venture capital fund in Canada. Before that he worked as an associate at the Royal Bank of Canada’s Dominion Securities branch in Toronto where he learned the intricacies of the stock market.