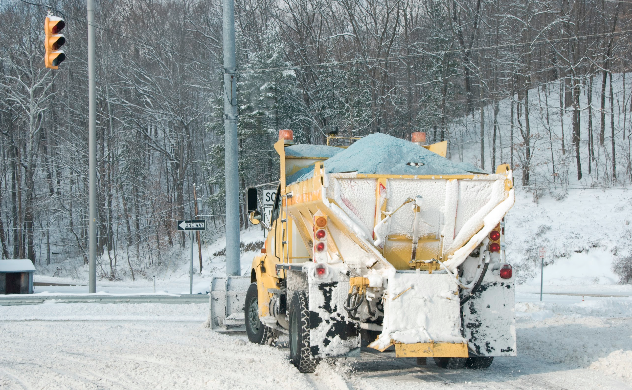 Since 1999, Vancouver’s Webtech Wireless has been a leader in the telematics business. They deliver fleet intelligence solutions and location-based services, through software, to commercial and government fleets around the world.

With Mobile Resource Management applications integrated with GPS, digital mapping (including Geographic Information Systems or GIS) wireless (and satellite) communications they are providing real-time information about the location, status and performance of drivers, vehicles and mobile resources.

Scott Edmonds has been the president and chief executive officer since 2010 and shared, “we were founded 15 years ago as a hardware company. While an under the dash device for vehicle location was groundbreaking at the time, we knew our mindset had to change. In 2010 we decided to make software as a service as our differentiator in the market. We saw that volumes decreasing for hardware, margins were decreasing, the competition was heating up, and having a software background myself, I liked the recurring revenue.”

It’s been a four-year reinvention of the company, showing it’s never too late to pivot. He mentioned how they have “gone from 80 percent hardware revenue, to now being close to 80 percent in non-hardware revenue.”

Edmonds talked about the recent introduction of their Driver Center software solution, saying that “it’s built on the Android platform. It helps drivers improve efficiency and remain compliant with FMCSA and DOT regulations by offering electronic Hours of Service (HOS) and Electronic Driver Vehicle Inspection Reports (eDVIR). Depending on their industry and operational needs, customers can run it on our ruggedized, dash-mounted screen or on select Android tablets, with smartphones being in the plans too.”

He mentioned that the Hours of Service application is a big reason for FedEx choosing to work with Webtech for their long haul trucking operations. “It’s our ability to serve mixed fleets that’s moving our business forward,” said Edmonds. “For instance, we’re happy to have a long-time relationship with the City of Vancouver, and being able to point to them as our first ever customer.”

While they’re still selling hardware, it’s more like the razor handle, with software being the blade. Edmonds talked about how with their open API, “we can layer on additional services. We can work with third party developers to expand our software offerings.”

An interesting example of putting the open API to work is how one of their clients according to him “started to monitor idle time. The ROI in fuel savings was a winner. There’s an optimum time that a diesel engine needs to warm up after which time you’re just burning fuel, and adding to the carbon footprint.”

By using application within business operations, companies can understand how to manage maintenance decisions, rather than making decisions based on mileage. He also highlighted how route management software “keeps drivers from making left hand turns, which is more efficient and burns less fuel.”

For most Canadian drivers, about the only thing that matters during the winter is seeing their streets plowed. Another interesting use case is what this wireless technology means to snowplough operations.

According to Edmonds, “we can keep track of the salt, sand, or other de-icing agents being spread on the roads, and can calculate the cost of a storm response because we also know the fuel and labor variables too. We ensure compliance for environmental regulations like keeping salt from being spread in water table areas. We can also track how many times a particular road has been plowed.” With information like this being pushed to a smartphone, a mayor can communicate with the citizens about how city operations are their highways and byways passable.

Even with 80,000 subscribers, and tens of millions of records processed daily, Edmonds talked about how competitive the telematics business is with about 20 substantial competitors in the space. For Webtech’s future, he mentioned “where others are focused on doing one thing, we’re going to continue crossing telematics software throughout the enterprise with our approach to helping organizations manage and optimize the performance of their mixed fleets.”

Leading Canadian serial entrepreneur and VC Mark Skapinker has tough love for entrepreneurs looking to expand on their big idea: “If you’re going to…