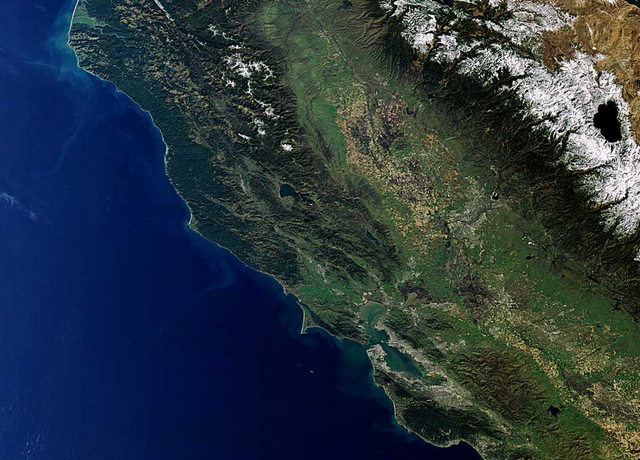 Yesterday marked another giant step for mankind as two imaging cameras were  successfully installed on the Russian side of the International Space Station. The cameras are owned by UrtheCast, a Vancouver-based company who is democratizing earth observation by making their live stream of Earth available to the public and private sector.

This was the second attempt for the camera installation. The two UrtheCast cameras were previously installed and removed during a spacewalk on December 27th as they didn’t pass the necessary tests. Yesterday’s successful installation marks a major milestone for the company as they being to prepare for a launch of the live stream as early as Q3 of this year.

UrtheCast (pronounced “earth cast”)  is set to change the way we see ourselves by opening up to the public an UltraHD near-realtime stream of Earth, something that hasn’t ever been done before. Their interactive platform will give us a unique perspective on our ever-changing planet as the International Space Station orbits our world sixteen times a day.

The potential of using UrtheCast to better understand the impact of global warming, anticipating and tracking tropical storms and natural disasters or witnessing large crowds gather for sports events, and protests is extremely powerful. UrtheCast’s premium subscriptions will give organizations access to more detailed analysis through advanced image processing which can be used to make decisions in agriculture, oil, and disaster relief.

But UrtheCast can also be used as a virtual trip to places on the planet you may never get to. Users can subscribe to their favourite places to receive notifications when the cameras have captured new imagery and video of that destination.

For those worried you may end up on the cast, don’t fret. The cameras are powerful, with a resolution of up to 1.1 meters, but they will only capture things such as as buildings, large groups of people, and cars travelling and not you tanning on your balcony in your underwear. The company also adheres to international laws established by the UN to handle sensitive areas like war zones.

The cameras also have a blind spot as they can only capture video below the Stations’ orbit, which is as far North as England and as far south as Chile. Luckily this covers approximately 90% of the world’s population. But if your favourite spot is the Arctic or Antarctica then you are out luck. But they do have the ability to move about on command which will allow UrtheCast to capture specific areas of interest depending on what is going on at the time.

The company is actively working on gaining partnerships and growing their developer community to utilize their API. Once live, we may start seeing UrtheCast images and video being used in national newscasts and various apps that previously would have relied on the likes of Google Earth.

UrtheCast is expected to send out Beta invites later this year.

Over the past week, two Canadian tech companies announced key additions to their teams. Here’s the latest update on who’s where and why in…