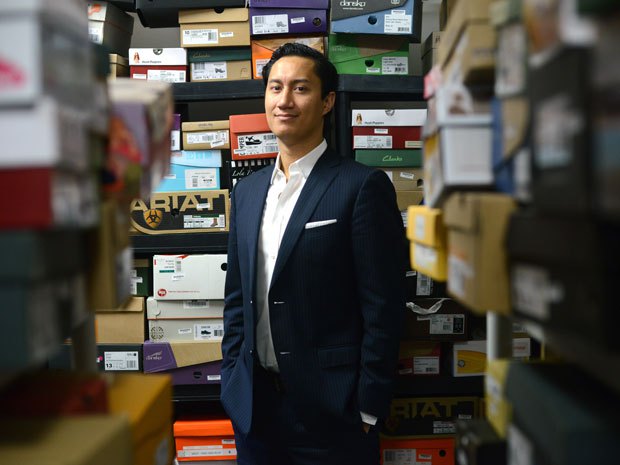 I’m usually not big on writing articles about people that you’ve never heard of being brought on as “C__” to some equally as unknown startup. In fact, it likely perpetuates the startup world’s already unhealthy obsession with lionizing rather ordinary people and things.

However, it’s safe to say ShoeMe.ca‘s recent moves to hire on three new execs is relatively important given the company’s healthy rise to online shoe commerce prominence in Canada.

In December I was pitched on a story about how the Canadian startup that sells shoes online was getting a sizeable percentage of its sales from rural Canada. When I interviewed CEO Sean Clark I learned about a pretty impressive story of a guy who worked under the (really successful) Roger Hardy at ClearlyContacts, meanwhile watching Zappos dominate online shoe sales in the states.

Zappos is the popular Nevada-based shoe eretailer that was bought by Amazon in 2009 for $1.2 billion. It did expand to Canada, but pulled out in May 2011.

That’s when Clark saw an opportunity.

Founded two years ago in the “basement suite” of his parents house, Clark grew the ecommerce site primarily focused on women’s shoes, to 45 employees, a headquarters in Vancouver and a warehouse in Toronto.

Now the company is announcing that it has actually hired one of the original senior members of Zappos in Aaron Brown, as well Matt Fraser, formerly the COO and president of YYoga, Canada’s largest yoga company with 10 studios in Vancouver & Toronto.

Meanwhile Curtis Peterson, formerly the vice-president of marketing at Coastal Contacts, joins as ShoeMe’s chief marketing officer. In 2011, ClearlyContacts, also known as Coastal.com, pulled in over $184 million in revenue- and that was three years ago. From the sounds of it, ShoeMe is ready to aggressively move forward.

Brown joins ShoeMe as the vice-president of merchandising, and is expected the facilitate the company’s growth by increasing brand selection and developing new business relationships. “He has all the relationships with the shoe brands and the shoe distributors that I couldn’t get,” says Clark. “It’s very much a people business and having him provides legitimacy to what we’re doing. It also allows us to expand our brand offering very quickly because many, many people have done business with him before at Zappos, and now they’re willing to do business with him again at ShoeMe, in the Canadian market.”

When asked if Roger Hardy will be expanding his role with ShoeMe.ca since stepping down from his Clearly Contacts CEO post, Clark laughs and says, “A guy like that without a job doesn’t last long. He’s very active—not only on the board, but he’s an active investor and a trusted adviser. He will be looking to get more involved and we’re lucky to have him.”

Meanwhile, Clark also proclaimed that ShoeMe has “officially gone from startup to expansion mode.” On Fraser, Clark said the new exec has already grown the staff from 30 to 45 people. “He’s really just implementing systems that will enable us to scale the business, and he did this before at YYoga.”