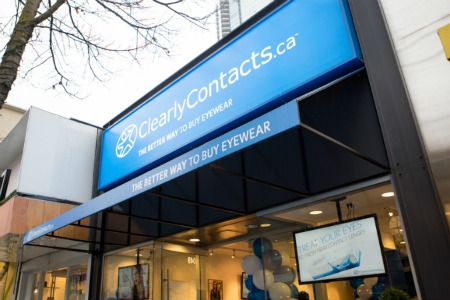 Vancouver’s ClearlyContacts went on a bit of a shopping spree as it announced this morning the acquisition of both Vancouver-based shoe eretailer ShoeMe.ca and OnlineShoes.com.

“The footwear category in North America is estimated at more than $50 billion and there are large segments of the population being grossly underserved,” said Hardy. “We are determined to redefine the shopping experience for North American consumers while delivering the savings and convenience they’ve come to expect from other online categories.”

Some may have seen this coming: ShoeMe founder Sean Clark grew the Australian office of ClearlyContacts before he quit to launch his own startup. Hardy then gave Clark a small angel round for ShoeMe. Then in June Clark made three key hires, nabbing one of the original senior members of Zappos in Aaron Brown, Matt Fraser, formerly the COO and president of YYoga, Canada’s largest yoga company with 10 studios in Vancouver & Toronto and Curtis Peterson, formerly the vice-president of marketing at Coastal Contacts, joins as ShoeMe’s chief marketing officer.

In February Coastal Contacts Inc., the other name for ClearlyContacts, the largest online eyewear company on the planet, was being sold to French eyewear giant, Essilor, for $430 million CDN. Hardy will take the reigns of the consolidated online shoe company as Chairman and CEO. Sean Clark, founder of ShoeMe.ca, and a former employee of Coastal Contacts Inc., will remain as president of the Canadian operations while a 100-day consolidation plan is rolled out.

“Roger’s experience and expertise in disrupting retail industries through e-commerce is unprecedented,” said Clark. “We are elated to have him at the helm of our expanded operation and look forward to maximizing the resources of both entities to offer a premium level of service to our customer base across North America.”

The combined entity will have more than 250 employees across North America with combined annual revenues of approximately $200 million CDN. The company will offer a selection of more than 350 shoe brands and 35,000 different shoes serving more than 1.5 million customers shoes this year. For more information visit www.shoeme.ca or www.onlineshoes.com.