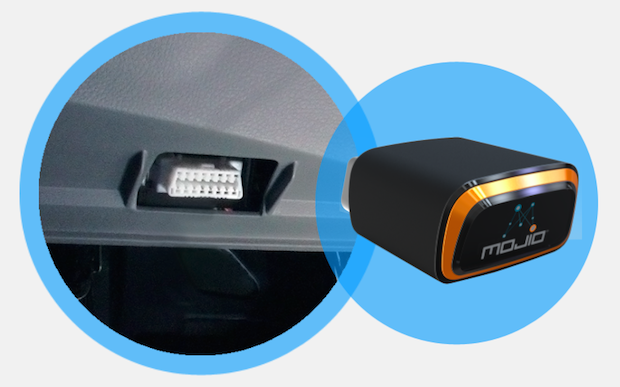 Mojio, an open-platform 3G peripheral that plugs into a car’s on-board diagnostic port (OBD-II) and connects to your smartphone, is launching an app marketplace today.

To start, there are a modest 20 apps available to download. Despite that, there’s good variety between each one of them. One of the apps, Gauge, which has corresponding Android, iOS and Apple Watch versions, sends you maintenance reminders, and helps you diagnose a problem with your car if one arises. Yet another app called Cloak tracks your car if it’s stolen.

However, even without downloading one of the third-party apps, the Mojio is capable of performing some interesting functions. For instance, it’s able to track your car’s fuel usage, and send a notification to your phone when it’s time to start looking for a gas station.

Mojio launched in Canada last fall with the help of Telus, and is currently available for $169. Each unit includes a one year subscription to the carrier’s 3G network. Once a person has had the device for a year, continuing to use it requires signing up for a $6.99 per month subscription.

Mojio, a Vancouver-based company, was founded in 2012. In March, the company secured $8-million in startup capital. Presumably, some of that cash went towards making today’s launch a possibility.