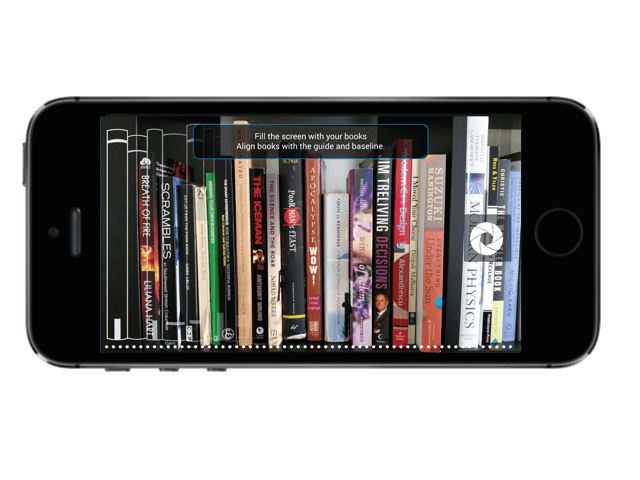 ebook giant Rakuten Kobo has announced the acquisition of Shelfie, a Vancouver-based startup that allowed people to take pictures of shelves of books, and find out which ones are available as free or discounted ebooks or audiobooks.

“We know our best customers move fluidly between formats, reading digitally and in print.”

Shelfie, which was founded in 2013 in Vancouver, officially ceased its operations in January. The company, formerly known as BitLit, scanned the spines of each book to identify titles, give readers an inventory of their collection, and offer them the same titles in a digital format. The service also used the book titles as data to generate personalized recommendations for readers.

“We’re proud of what we’ve built, and in Kobo, have found the perfect platform to expand on what Shelfie has to offer, on a global scale,” said Peter Hudson, CEO of Shelfie. “Finding the next book to read is a challenge that resonates with many book lovers, who increasingly are looking to personal recommendations as opposed to algorithm-based suggestions. With Shelfie’s technology, avid readers will easily be able to find the next must-read book.”

Rakuten Kobo and Shelfie’s acquisition deal includes technology assets, IP, and the infrastructure on which the ecosystem runs. Shelfie’s R&D team, which specializes in the application of big data and machine learning for discovering books, will also be hired by Rakuten Kobo.

After Shelfie’s shutdown, Kobo worked with Shelfie to allow customers to transfer their ebook collections to Kobo’s platform until February 28. In the next few months, Kobo said it will work to integrate Shelfie’s platform into its Android and iOS apps, enabling readers to add their print libraries to their digital reading history, and more tailored ebook recommendations.

“We know our best customers move fluidly between formats, reading digitally and in print, and we welcome this opportunity to bring their entire reading life together,” said Michael Tamblyn, the CEO of Rakuten Kobo. “People who come to Kobo already have a history of reading in print that we don’t want to ignore. This acquisition will allow us to expand our ecosystem by incorporating Shelfie’s innovative advances in book recommendation, discovery, and bundling, which is especially interesting considering our large network of bricks-and-mortar bookselling partners.”

In the past, Shelfie has announced big brand partnerships like HarperCollins and Elsevier. In May 2014, the company also raised an undisclosed seed round from Kobo founder and current LEAGUE CEO Mike Serbinis and Three Angels Capital.

Following a record-setting Q2, total tech funding in Montréal was propped up by one megadeal into a locally-born but now US-headquartered e-commerce startup, according…