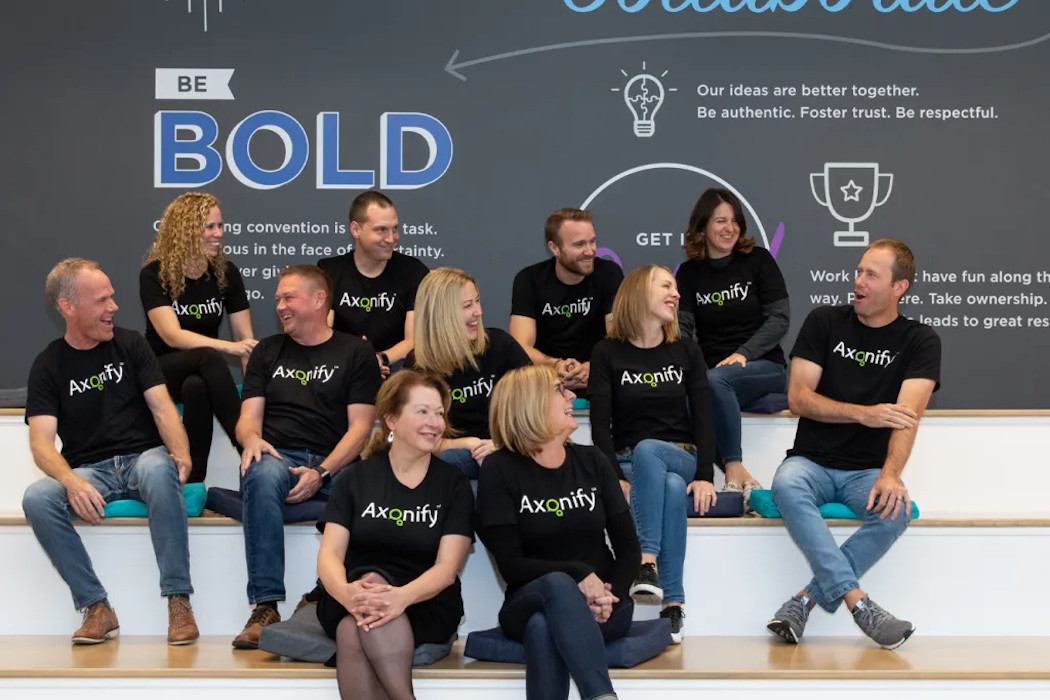 A spokesperson for Axonify confirmed the controlling stake and size of the investment to BetaKit, adding that it gives the startup a valuation of $438 million CAD ($350 million USD).

Axonify, which provides communications and training software to frontline employees, said the new investment will help the Kitchener-Waterloo-based startup accelerate product innovation and pursue “other key growth initiatives.” The transaction, which is designed to fuel Axonify’s “next phase of growth,” is expected to close in the second quarter of 2021, pending customary approvals and closing conditions.

According to The Globe and Mail, Luminate has bought out previous Axonify investors JMI Equity, Harmony Partners, and BDC Capital, which together owned about 70 percent of the company.

In connection with the deal, Hollie Haynes, Scott Kingsfield, Chris Murphy, and Dave Ulrich of Luminate will join Axonify’s board of directors, which includes CEO and co-founder Carol Leaman and Axonify co-founder and CRO Christine Tutssel.

Leaman said the company is “thrilled” to partner with Luminate given the private equity firm’s “superb track record of guiding growth-oriented SaaS organizations.”

Founded in 2011, Axonify delivers personalized digital learning solutions to frontline employees in small bursts, enabling them to learn while they are working. The company considers frontline employees as people who work in sectors such as retail and grocery sales, call centres, and distribution warehouses. Axonify serves over 160 global enterprise customers, including Walmart, Levi’s, and Merck, across more than 150 countries.

“Axonify’s ability to deliver consistent, critical training and communications to largely dispersed workforces has been particularly impactful in the last year, delivering significant value to customers,” said Ulrich, partner at Luminate. Based in San Francisco, Luminate is a private equity firm focused on software-as-a-service (SaaS) companies.

The Globe reported that Axonify’s latest $350 million USD valuation is approximately three times what Axonify was valued at when it last raised $36 million USD in 2016.

Axonify has also signed a new deal with Dollar General to provide its software to the retail company’s employees. Dollar General currently employs over 157,000 people across 17,000 US stores. Last week, the Goodlettsville, Tennessee-based company announced plans to hire up to 20,000 new workers across the United States.

In March, Axonify announced its acquisition of MLevel, an Atlanta, Georgia-based digital learning platform, adding MLevel’s platform, staff, and the majority of its leadership. The deal puts Axonify on track to become a 200-employee organization. The startup said it plans to hire an additional 25 employees this year.

Whether it’s sitting in the auto repair shop for hours, being overcharged or not having a repair shop close to home, getting cars fixed…