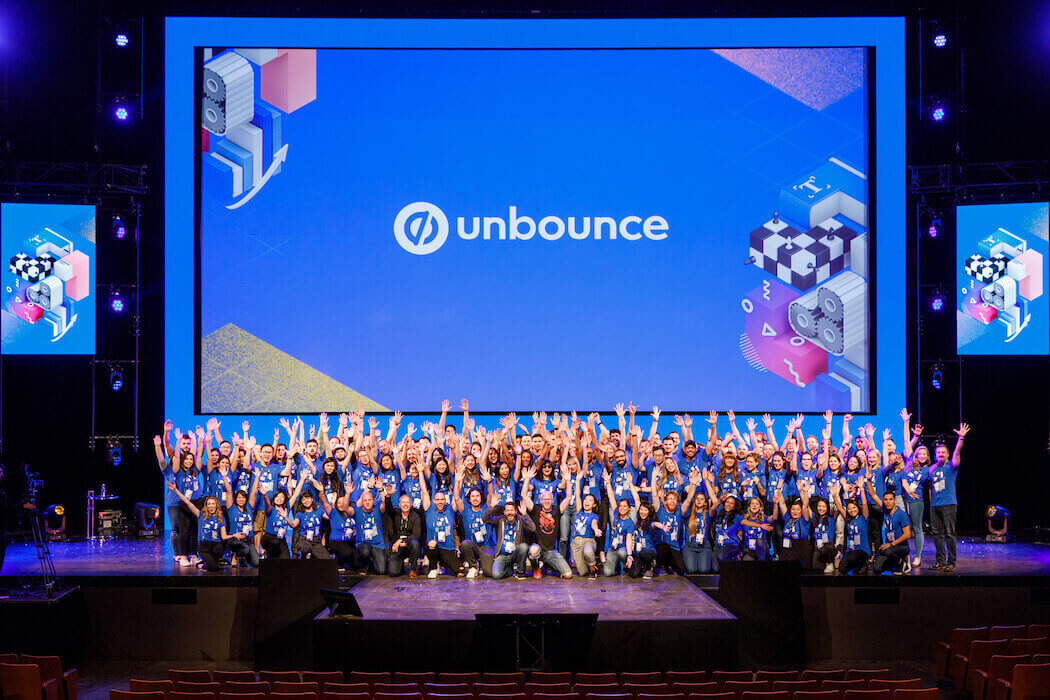 Unbounce co-founder Carter Gilchrist told BetaKit the deal included a change of control, though the company’s co-founders, of which there are six, are each maintaining the majority of their personal equity in Unbounce.

Despite the change of control, Unbounce said Crest Rock is not coming in to take an operational role.

With Unbounce declining to comment on how much of the deal is primary versus secondary financing, but allowing that its founders are taking some equity stakes off the table, it is unclear how much of the $52 million will go towards company operations.

“The whole intention behind this investment was to raise money for the business, and a significant chunk is going towards accelerating our strategy and investing in our hiring plans and accelerating that,” Gilchrist said. “So it’s definitely a big round that’s gonna enable us to move a lot quicker.”

Unbounce has billed itself as a global leader in landing page and conversion optimization software, focused on allowing marketers to build and test landing pages without a web developer.

The Vancouver based company, founded in 2009, is calling the $52 million deal its “first major funding,” noting that the company had been bootstrapped since inception. Unbounce had previously raised less than $1 million, with an $850,000 venture deal with Real Ventures in 2011 and debt financing from Espresso in 2015.

Unbounce declined to comment on the size of the equity stake that Crest Rock has acquired. The Globe and Mail is reporting the PE firm obtained roughly 70 to 75 percent of Unbounce, with early investors receiving about two-thirds of the $52 million for their shares. Unbounce claimed the Globe’s reporting was innacurate, but declined to share with BetaKit the exact number. Unbounce also declined to comment on the current valuation of the company.

Crest Rock, which was founded in 2019, mainly invests in software, technology, business services, and industrial companies. According to the firm’s website, it takes a control-oriented approach to investing, focusing on growth investments, as well as corporate divestitures, companies in transition, and management buyouts and recapitalization.

“There’s a change of control, but it’s going to be a pretty strong partnership with the founders.”

Despite the change of control, Gilchrist told BetaKit Crest Rock is not coming in to take an operational role within Unbounce. He noted that the company was in talks with a number of investment firms as it looked to raise capital to help accelerate an AI-powered conversion optimization solution, adding the deal with Crest Rock came about because the firm aligned with Unbounce’s values.

“We spent a lot of time making sure that [Crest Rock] believed in the way we’re already operating our business and wanting to invest in that,” he said.

“There’s a change of control, but it’s going to be a pretty strong partnership with the founders as we continue to move forward here,” Gilchrist added.

The co-founder, who has served as a number of roles within Unbounce, most recently as president, told BetaKit that over the past few years Unbounce has been operating as a profitable business, with revenue growing 20 percent annually.

After two years as president, Gilchrist is now set to step down from the role and move into a strategies advisory position. The co-founder BetaKit the Crest Rock deal was not contingent on him leaving his position, but happened “in tandem.” Unbounce’s chief revenue officer, Felicia Bochicchio, is now set to take on the role of president, in charge of day-to-day operations for the company.

While it is unclear how much of the $52 million will be dedicated to operational costs, Unbounce is set to use the remaining capital to accelerate the development and delivery of its AI-powered conversion optimization solutions for small-and-medium businesses (SMBs). Gilchrist said the company has been making extensive investments of late in automation, last year launching its ‘Smart Traffic’ conversion tool, which he said has fueled significant growth for Unbounce customers.

Unbounce also plans to use the capital to increase its headcount, which currently sits around 200, by 50 percent over the next three years.

Unbounce closed the deal with Crest Rock this month, though was in talks with the investor prior to COVID-19. Gilchrist told BetaKit that amid COVID-19 Unbounce continues to drive profits, having adjusted forecast and budget for the year. He stated that the deal with Crest Rock allows Unbounce to continue to pursue the growth strategy it had outlined for itself at the beginning of the year, noting that if the deal had not closed Unbounce would still have been able to operate business-as-usual, but without that growth plan.