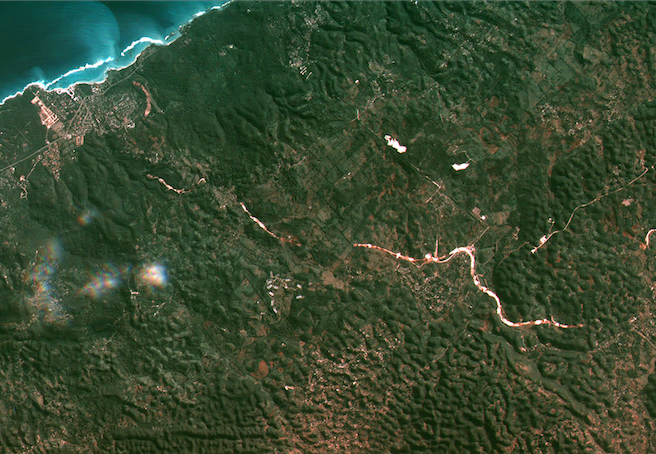 Vancouver-based UrtheCast have hit another milestone as they get ready to live stream our planet from Space. The company has released the first image taken of Earth by its medium-resolution camera on board the International Space Station (ISS).

The photo was taken earlier this week when the station was centered around the city of Moneague, Jamaica. The photo is an example of the types of images that will be made available by the UrtheCast platform as the International Space Station orbits the globe 16 times every day.

“This is a pivotal moment for the company and for everyone who’s been a part of the vision that we set in motion in 2010,” said UrtheCast cofounder Scott Larson. “Our team has been working extremely hard to make certain that we reach this goal of democratizing a very powerful perspective on the world. We couldn’t be more grateful to the incredibly determined engineering teams at UrtheCast, RSC Energia, and Rutherford Appleton Laboratories.”

Back in January, UrtheCast successfully installed two imaging cameras on the Russian side of the ISS marking a major milestone for the company as they prepare for the launch of the live stream as early as Q3 of this year. The team at UrtheCast are continuing efforts to prepare for the launch of their Ultra HD Earth streaming service including commissioning and calibration of its cameras.

UrtheCast is expected to send out Beta invites later this year

Self-driving vehicles are coming to Canada sooner than people realize, according to Hossein Hassani, managing director at Cadillac and head of GM’s urban mobility…