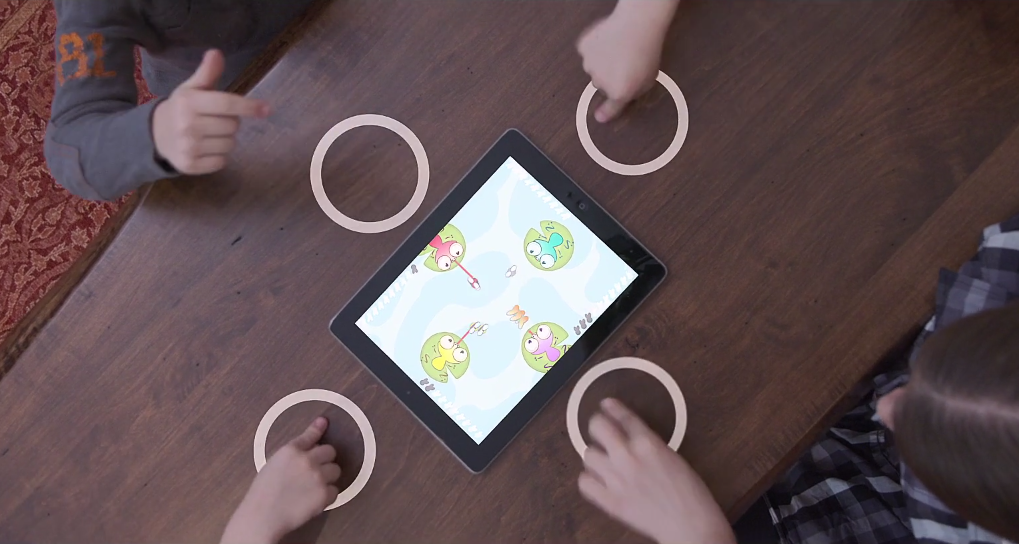 A mobile app that can allow any flat surface to act in a tap-sensitive manner has won the $1,000 University of Toronto 2014 Mobile App Lab Demo Night. The contest happened on Thursday night of last week.

Amin Heidari, a current startup founder and alumnus of UofT, demonstrated the XTouch app to a crowd of industry representatives, professors and students.

XTouch technology is already in use in two games available on the App Store, with more coming soon. It enables users to launch an app and actually control it from tapping surfaces other than the device itself- like the table that an iPad is standing on. “Two taps in different spots act as two different buttons on the table,” said Heidari. “XTouch extends the tactile environment beyond the surface of that mobile device.”

Out of 100 apps developed over the past year, ten were given a shot in the semi finals, which went down Thursday night. Ultimately the top six teams were separated by less than one point.

“This competition was fierce,” said UofT professor Parham Aarabi. “I think you’ll hear more from these teams and the Mobile App Lab in the near future—the potential of mobile is just beginning to be realized, but there’s much more to come.”

The runner-up app was “Surgical Trainer and Navigator” (STAN), and helps surgeons-in-training get empirical feedback about their proficiency in the operating room. It tracks hand motions during surgery.

The Mobile App Lab at UofT surrounds a few courses taught by professor Parham Aarabi, including ECE 1778, or Creative Applications for Mobile Devices, and ECE 1780, or Advanced Mobile User Interfaces.