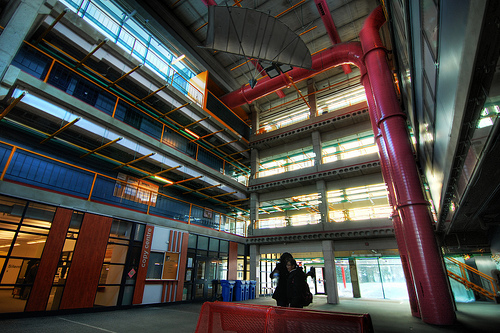 This year’s Maclean’s magazine annual university rankings are out and the University of Waterloo has been named Canada’s top university for innovation for the 22nd straight year.

The university also took second spot in both the “overall” category and the “leaders of tomorrow” category, an improvement from last year’s placing in third in both categories.

“For nearly a quarter of a century, this university has been recognized as Canada’s leading institution for innovation. We consistently rank amongst this country’s best universities,” said school president Feridun Hamdullahpur. “We have charted a course for the University of Waterloo to build on this foundation — as well as our distinctive experiential education and transformative research — to become one of the world’s top innovation universities.”

The school figures that its normal staples of innovation- like mathematics, engineering, mechatronics, nanotechnology and quantum computing- wasn’t what nudged it ahead in the rankings. Potentially it could have been the fact that a Waterloo-made space instrument has been in orbit for ten years now, collecting a record 30 different molecules. The Atmospheric Chemistry Experiment in the Faculty of Science initiated and tested the instrument on board the Canadian satellite SCISAT-1, which was launched by NASA.

“The Atmospheric Chemistry Experiment is one example of many where Waterloo innovation is helping broaden our knowledge of the world around us. This experiment is helping to to improve our understanding of the depletion of the ozone layer, especially the changes happening over Canada and in the Arctic,” said Terry McMahon, Dean of Science. “What started at the University of Waterloo ten years ago has become an international project to examine the effects of refrigerants on climate change.”

Of course Waterloo also supports its VeloCity program, which recently announced that on November 28 ten student startups will compete for over $100,000 in grants. Along with that there’s also the Conrad Business, Entrepreneurship and Technology Centre.

The school also ranked highly in the comprehensive category, ranking first for reputation again this year. It also took the top spot among comprehensive universities for awards for full-time faculty and for students.  The results “show that Waterloo invests the most of any Canadian university in student scholarships and bursaries,” claimed the school.

“Students who come to Waterloo receive a world-class education, but they also know that they have the necessary support to ensure they emerge from here ready to tackle the challenges ahead of them,” said Hamdullahpur.

The Waterloo region’s street cred for startup innovation is well documented: just 50 tech firms existed in 1997, while today’s number stands at 1,000 that collectively generate at least $30 billion in annual revenue.

Offboarding: the neglected child in the talent management family

Me: “How does your organization handle offboarding?” HR client: “Sorry, you mean onboarding, right?” Me: “No, I was wondering how you approach offboarding here?”…