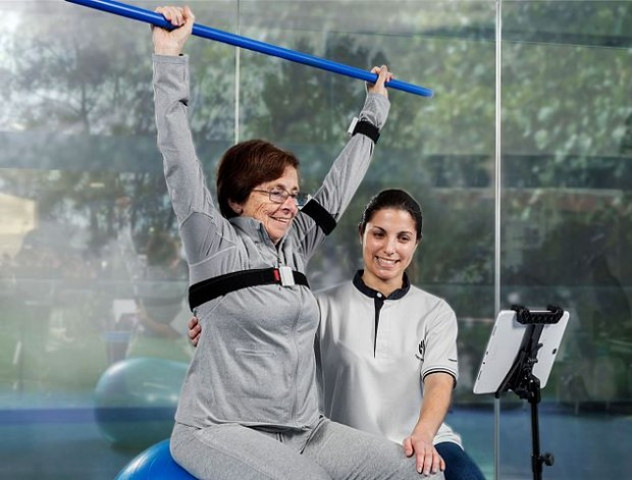 Researchers at the University of Waterloo, in partnership with Cardon Rehabilitation and Medical Equipment, an Automated Rehabilitation System to allow people recovering from hip and knee replacements to see how well they are performing rehabilitative exercises.

The system, which combines motion sensors with software programs, attaches sensors to a person’s limbs — such as above the knee and ankle in knee replacement cases — which send data to a computer while patients do exercises prescribed by physiotherapists. Using human body modelling and machine learning, the system then analyzes, organizes, and stores the data and generates visual representation of the motion.

“The system we have developed is quite flexible. It can be used for any type of human movement.”

The university said the system’s results suggested that the technology will allow patients to perform rehabilitative exercises better, specifically by helping them do their exercises with “more control and less cheating.”

The university also said that along with joint replacements, the system has potential applications for other rehabilitation patients, including stroke patients and people with Parkinson’s disease.

Dana Kulić, a professor of electrical and computer engineering at the University of Waterloo, said the system’s findings suggest it could help reduce recovery times by increasing the effectiveness of exercises, a hypothesis she hopes to test in a follow-up study.

“The system we have developed is quite flexible. It can be used for any type of human movement,” said Kulić, adding that some people who tested the system asked if it was “possible to buy the system to take it home.”

Cardon Rehabilitation and Medical Equipment, which manufactures physical therapy and rehabilitative equipment, is currently working to bring the Automated Rehabilitative System to market. The system’s lead researcher was Agnes Lam, a graduate student at the University of Waterloo.

In the wake of Donald Trump’s election, the security of the web has been called into question. The Internet Archive, a San-Francisco based digital…