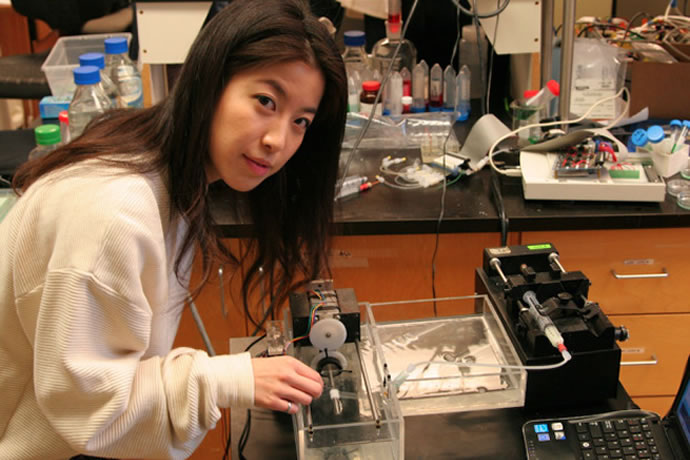 Did you think it couldn’t get any cooler than NASA printing 3D pizza for space missions? Well, a team at the University of Toronto is on its way to 3D-printing human skin. According to the Financial Post, associate professors Axel Guenther and Milica Radisic from the Institute of Biomaterials and Biomedical Engineering have successfully created a prototype 3D bioprinter that prints layers of tissue as opposed to plastic or any other material.

Guenther and Radisic worked on the prototype with three grad students and are hoping to help burn victims with large surface area burns. The machine is capable of producing one square meter of tissue roughly 45 minutes. Dr Guenther described current applications of artificial skin as ‘functional Band-Aids’ due to the expense associated with creating even a small amount of skin (you’re looking at $30,000 to $40,000), though he didn’t specify how much it would cost to produce large (or small) amounts of skin on the U of T machine. The team is currently searching for commercial applications of the technology in hospitals and labs and is busy working on a second-gen prototype.

Though 3D printing may seem a tad gimmicky at a consumer level (3D-printing your face on a Star Trek figurine isn’t exactly the most useful application of this technology, is it?), the medical field is doing some amazing things with 3D printers. Back in 2012, an 83-year-old woman received a custom implant for her lower jaw. This implant was made of titanium and printed on a 3D printer. Earlier this year, doctors from the University of Michigan helped a baby breathe using a 3D printed custom airway splint.

This is the future of printing.

F|T: The FinTech Times – Building a bank from scratch