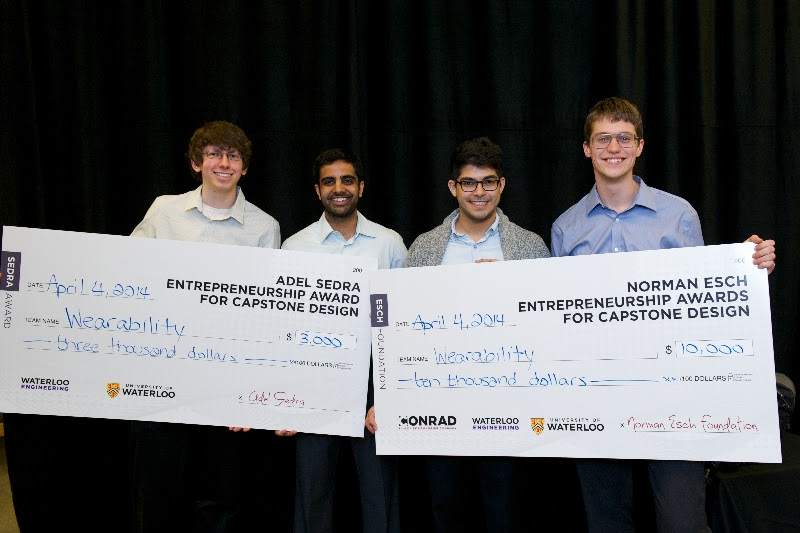 Wearability, a company founded by Waterloo Engineering students, has designed the latest in wearable tech – shirts that measure electrical activation in muscles to reduce work-related musculoskeletal disorders including lower back and neck sprains and strains.

“We’re super excited,” said Simard. “The Esch Awards were a great incentive for us to implement the engineering skills we’ve developed over the past five years and learn how we can we bring our skills to entrepreneurship.”

The co-founders see patenting various components of the technology as a next step. According to a release, they’re already talking to potential investors and health care partners about how to integrate more kinesiology knowledge into the Wearability platform.

“We spent most of our time developing the workout application,” said Simard, “Creating the activation profile, measuring mean activation peaks, figuring out how to bring data to the workout. Now we are interested in commercial applications, including exercise at home programs.”

A requirement for completion of their degrees, Capstone Design gives Waterloo Engineering students an opportunity to conceptualize.