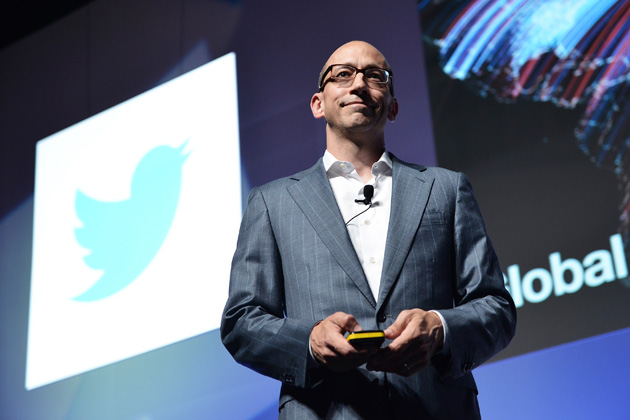 The CEO said that to “reach every person on the planet” is still entrenched as one of his company’s core goals, and clearly Canada has a place in those plans. In fact, the company’s Canadian employee count grew from one to 20 employees in its first year, and is expected to hit 30 by the end of this year. Globally, the company employs 3,300, doubled up from the 1,500 that it employed over a year ago.

Costolo said Canada is in the “fast-growing” category: “Mr. Costolo was tickled to see Canadian basketball fans rally around the Toronto Raptors’ late-season run using the #WeTheNorth hashtag,” wrote the Globe. “‘I seem to see, on a regular basis, some new way that Canadian media and businesses there and government officials are using Twitter as a tool for everything we like to see it used for,’ Mr. Costolo said.”

But all is not entirely rosy for the company now looked at as startup royalty. Twitter’s net loss for the second quarter grew to $145-million (U.S.), even as its quarterly revenue jumped 124 per cent from the previous year to $312-million. The spending just isn’t being matched by what the company thought revenue would be.

Costolo sounded off on what is likely a frustrating misconception among people: that one should only go on twitter if they have things to say.  “The one misconception that’s out there … is that you have to come to the platform and jump in as a publisher. And as we know from so many people who come to Twitter and use it every day as a consumption vehicle, that’s not the case,” he said. ““I think about it in a long arc of being able to deliver the very best experiences in service to making Twitter the very best way to keep up with the world.”

Photo by GigaOM/ The Drum

On the latest episode of The Disruptors, co-host Amber Kanwar sat down with Council of Canadian Innovators (CCI) executive director Ben Bergen to discuss…