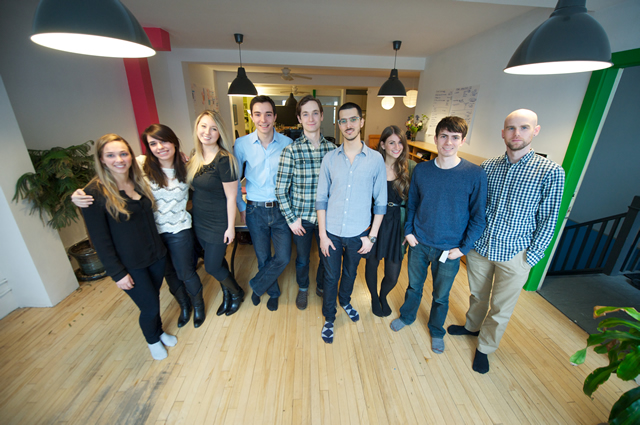 Uniiverse, the Toronto-based “eBay for activities”, has launched its iPhone App to ” keep it real”. The startup is a social marketplace for real life experiences, or an online p2p marketplace for offline services and activities.

“In a world of Tweets, Likes and Snapchats, what’s the best avenue to meet new people in an authentic way? Uniiverse launched its iPhone app today, and aims to be the answer to this question,” read a release issued by the company.

Launched in early 2011, the company created a social, local marketplace to allow its users to discover what people nearby are doing and offering. Over 26,000 local event organizers and service providers use the online marketplace. These users offer a broad variety of activities and services, including food events, craft workshops, music lessons, pet sitting, bikes to borrow, and yoga sessions. Developers at the company have previously built apps such as Tumblr and Readability.

The new iPhone app will allow users to purchase tickets and book events and service listings directly from their iPhones, create listings from anywhere, discover and browse listings by location, category, price, or keywords, check out profiles of new people to meet (by viewing mutual friends, identity checks, and ratings & reviews) and see what their friends are up to.

Central to the companies’ ideology is playing up how the user safety angle. Uniiverse says it facilitates safe, relevant and fun real-life connections by allowing users to see ratings and reviews, identity checks, and mutual friends.

Similar to Netflix for movies or Amazon for books, Uniiverse recommends events based on what users like or what their friends are doing. Its custom recommendation algorithm is built on top of Facebook, Twitter and Google social graphs.

In what could be seen as a rather ironic quote amid an iPhone app release, the company prophesied that “in a society where children and adults alike spend countless hours in front of screens, tools that encourage authentic ways to meet new people in real life are more important than ever.”

In February 2012 the company raised $750,000 in seed funding. Two months ago in July, Uniiverse raised a second round of funding worth $1.25 million, from Real Ventures and angel investors.

After a year of research and development, two-time founder Katherine Homuth has taken to Kickstarter to launch Sheerly Genius, which Homuth calls the “strongest…