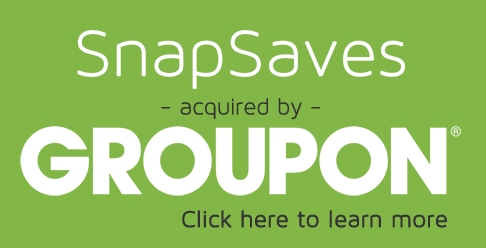 Toronto startup SnapSaves has announced on its website that it has been acquired by Groupon. The terms of the deal were not disclosed.

Toronto’s Buytopia initially announced the launch of Snapsaves in October 2013, to compliment the larger company’s daily deal offers. SnapSaves is a free couponing platform that is available for iOS and Android, which offers instant cash back on popular grocery products.

With the app, shoppers are encouraged to snap a picture of their receipt after purchasing groceries at any supermarket or retailer. If the receipt includes at least one of their daily offers on it, shoppers will then receive a nominal amount of cash back. Once your savings reaches $20, Buytopia will then mail a cheque to the shopper. Current offers include cash back on brand name items such as Coca Cola, Lysol, Red Bull, Gay Lea, and Dr. Oetker.

SnapSaves says the deal will expand its reach to Groupon’s 52 million active customers. On its website, Snapsaves wrote the acquisition will enable the company to receive “bigger and better savings” and the end result will be a “wider variety offers,” but the everyday experience will stay the same.

There is no word on how many users SnapSaves has. The number of downloads on Google Play shows it to be between 10,000 – 50,000. The app is also available on iOS. The real value comes from the data that’s being collected. Once a photo of the grocery receipt is uploaded, SnapSaves receives an insight into the shopping habits of thousands of users, such as what store the user shopped at, day of the week, time of day, basket size and type of payment.

SnapSaves is similar to Toronto-based Checkout51, which officially launched December 2012 and claimed to save customers “more than $2,300,000 in 2013.”