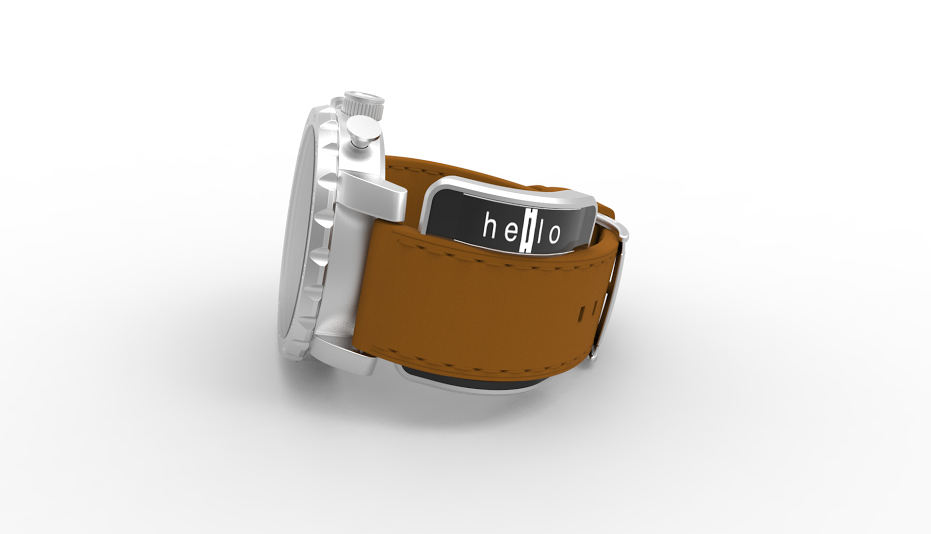 Kiwi Wearables, the Toronto-based wearable tech company, has today released Glace, which it calls the first smart accessory that turns any watch into a smartwatch.

Glance is an add-on for any regular watch, which is a clever idea that few wearable tech companies have pursued thus far. It introduces a new category to wearable technology of add-on accessories, where the consumer doesn’t have to render their existing watch completely useless.

“Wearables have the perception of being unfashionable and not for a wide audience. Glance is a wearable anyone can easily incorporate into their daily wardrobe without comprising personal style,” said CEO Ali Nawab. “Because you don’t have to invest hundreds into a new smartwatch, it is a great way for consumers to start using wearable technology by augmenting the existing watch they love.”

Glance fits on to any existing timepiece to work with iOS and Android. Wearers can receive mobile and social notifications, as well as activate the phone-finding feature with the push of a button. It can also be used as an activity tracker that counts steps and measures activity levels. And reflecting one of the startups’ areas of expertise, Glance enables gesture control capabilities as users can use their hand to control their mouse. “Make a thumb tap gesture to simulate a click,” wrote the startup.

For those interested in only wearing Glance, the accessory also comes with a leather band that allows the wearer to keep time, notifications, find their phone and motion control of any connected device.

The smart accessory also works with Kiwi’s patent pending motion recognition engine which the company said can be used to control connected devices such as smart phones, laptops and TVs.

Early in September, Palette participated in IFA Berlin, an electronics show based in Europe that attracts 245,000 international visitors and 1,600 vendors, as nominees…