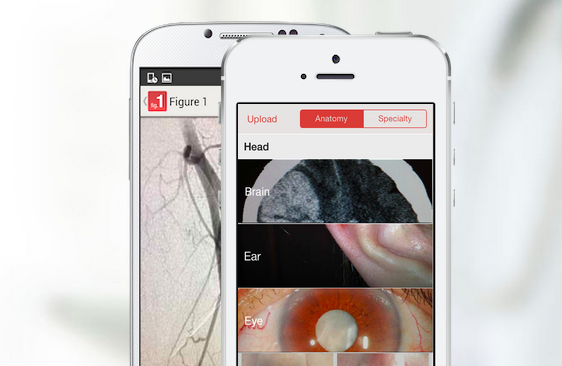 According to Fortune, Toronto startup Figure1, which created a medical imagery app for gruesome photos, has raised $4 million from Union Square Ventures. Rho Canada Ventures and Version One Ventures also participated in the round.

The started has been well-documented in the pages of Canadian tech websites, particularly after it raised $2 million in December 2013 after launching as an iOS app. Shortly thereafter announcing in February that users had submitted 30 million images. At that point the startup expanded its app to Android and web.

Fortune made the argument that it’s “no surprise that healthcare professionals would embrace an Instagram for doctors. Medicine, after all, is highly visual. Classic textbooks are teeming with diagrammed photos, and for doctors trying to learn about all types of ailments, descriptions are never as good as seeing a malady in all of its splendor.”

It seems to be quite the tool for doctors too- imagine being able to tap into the opinion of thousands of intelligent colleagues. “An image of a curved portion of a spine accompanies a caption that identifies the patient as a 34-year-old female with gait disturbance and bladder dysfunction and asks for thoughts. Of the seven comments, someone suggests additional x-rays while another commenter asks if it could be a hemangioma, a benign tumour.”

The company was founded by Joshua Landy. In the summer of 2012 he found that “doctors were already using their smartphones and other devices to text each other pictures, or to look up medical references,” wrote Fortune. Returning to Toronto in 2013, Landy partnered with software developer Richard Penner and former journalist Gregory Levey to launch the platform for medical professionals to share photos safely without compromising the privacy of patients.

A lot of startup success comes from the ability to be agile; with smaller teams working on a common goal, it’s easier to maintain…