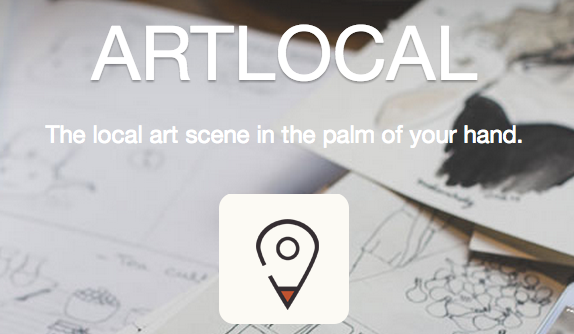 According to Artlocal CEO Sean Green, online sales from art work is pegged to rise to almost $2.1 billion over the next few years, from today’s value of $870 million. Some experts are even predicting the industry to rise to $3.5 billion within five years.

That’s a lot of money, and Green and his small Toronto-based team have acted quickly to create a go-to marketing tool for artists and art galleries, which also double’s as an image-heavy, art-lover’s companion that can guide them to exhibits they want to see.

When he first started doing market research, interviewing art galleries in New York and Toronto, Green found that above the obvious Facebook, Instagram and other social network activity, the galleries weren’t doing much better. “I started looking at their channels for marketing and realized that there were these archaic fold out maps and guides, and that basically doesn’t fly right now because everybody wants to get an understanding of data,” Green told BetaKit. “If I created the quintessential, image-based marketing platform for the art galleries, where the user can be able to navigate their art scene effectively without any guide or map, I could have an impressive tool for the art collector, art advisor, art enthusiast or art traveller.”

That’s exactly what he’ done, bringing on both a cofounder and a designer over the past six months. Now the team is ready to launch the app Thursday at the Frieze Art Fair in New York City.

The important thing to remember about the art industry, as Green explained, is that sales are the top concern for galleries. However, “hype and vibe is what they want also. They want people to think that their space is the hottest space in the city.”

The tool will allow art galleries to market to their targeted audience by iBeacon technology, as well as derive rich analytics. But it’s also a user-facing app as well, where art-lovers can whip out their phone and check out up-to-date, rich art images that are actually being showcased at galleries. Rather than walk up five flights of stairs to some art gallery in the Chelsea neighbourhood in Manhattan, as Green said, they can go some place where they know they’ll like the art.

“You know the artists that you’re going to see and we want to drive concentrated traffic of the right individuals to the space. We want to allow the artists to segment their audience so they know who they should be focusing on,” he said.

The smartphone app soft-launched one year ago in May 2013 and garnered about 1,700 downloads in three months. Green went back to work, raised a bit of seed capital and worked on the app whole hiring a team until December.

Now its all about the big launch on Thursday. Rarely do we get to see creative new apps targeting the art space, so this one should be an interesting story.