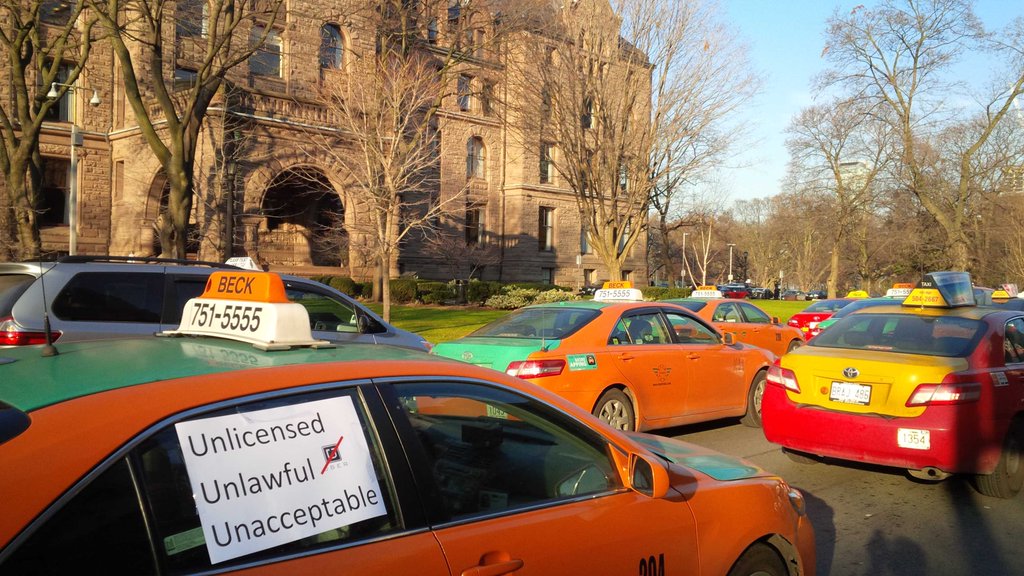 The fight against Uber continues in Toronto.

Following a 12-hour strike in December, the United Taxi Workers Association says it plans to protest this weekend against Uber by disrupting major transportation arteries throughout the city.

With the city set to host both the NBA All-Star Game and the Canadian International Auto Show this Family Day long weekend, the effects of the strike are sure to be felt by Torontonians.

“This time it will be more vehicles than last time. It’s going to be vehicles, people, our families – we’re going to bring our wives, our kids, everybody because we have nothing left to lose and there’s no sympathy from city officials, including the mayor,” said association spokesperson Paul Sekhon.

There is no indication yet as to the specific streets the 2,500 taxis will attempt to disrupt, nor when the strike will begin. “We’re sorry for the people in the public, but this message should have been heard by city officials,” Sukhan said.

Toronto Mayor John Tory stated this morning that the impending taxi strike “will not speed up by one minute” the process to get new bylaws passed.

UberX, Uber’s most popular ride-sharing service, has been a hotly debated topic in Toronto with city councillors on both sides of the debate. Uber recently acquired its taxi brokerage license in the city but still needs approval to operate its ride-sharing operations.

In a statement last month, Susie Heath, a representative for Uber Canada, said, “we will continue to work with the City of Toronto towards new regulations for ride-sharing, which are expected in the coming months.”