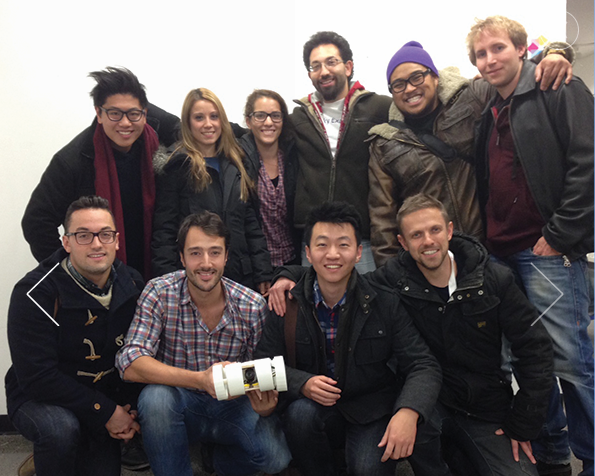 For the second year in a row a startup from Toronto has came away victorious from the Global Startup Battle, a huge competition that pits over 20,000 people from over 200 cities against each other for $500,000 in prizes.

Pawly is “your dog’s friend”, a company that provides a new way to interact with pets. It’s an app and accompanying chew toy that the pet can play with while users talk and interact using the smartphone app. The chew toy has a high definition camera and video recorder, with a built-in microphone and speaker.

The team rose to top of nearly 1,000 teams from events with over 15,000 attendees in 40 countries, specifically for the “Champions Circle powered by Google for Entrepreneurs”. There, several recent Startup Weekend winners including Pawly competed against eachother.

The cool thing about this is that it’s assumed that the teams and the ideas are all brand new, given that Startup Weekends cultivate startups from nothing. This was the case with Pawly, the team that emerged from a November 27 Startup Weekend Maker edition in Toronto. Interestingly, Pawly didn’t win, but placed second to a team of “maker moms” called Griflens, who came up with 3D printed story beads that combine to tell an interactive online story, changing depending on which beads one has in their collection.

Placing second narrowly got Pawly into GSB 2013, and the team obviously did well. As part of winning they’ll now take home $20,000 in match funding for Pawly’s Indiegogo crowdfunding campaign (which is a bit odd in my opinion- why not just give them the money straight up?), a trip to Google’s headquarters in San Francisco for three Pawly members and they’ll get to have a Google hangout with a “celebrity entrepreneur”.

Pawly issued this statement after winning the competition:

“We’re a team passionate about improving the relationship with pet owners and their pets. We are so excited about creating the next generation of interactive digital pet toys that help you stay connected with your pet, from anywhere in the world. We are all extremely proficient in our respective expertise–from mechanical, civil, and computer engineers, user experience designers and business strategists. Our commitment to strengthening the pet ownership experience, as well as our aligned values, makes our bond go way above and beyond this event.”

Back in late November at the Startup Weekend maker edition, co-organizer Sunil Sharma said of Pawly “The Pawly team was an impressive combination of robotics engineers, software developers and industrial and graphic designers who literally printed and assembled the parts of Pawly using the 3D printers, laser cutters, wiring harnesses and chipsets.”

“Robotics is a very hot space right now and I am hopeful that they will continue with their work and make a lasting company from this fantastic start,” said Sharma.

It appears as thought the team is well on their way to doing that.