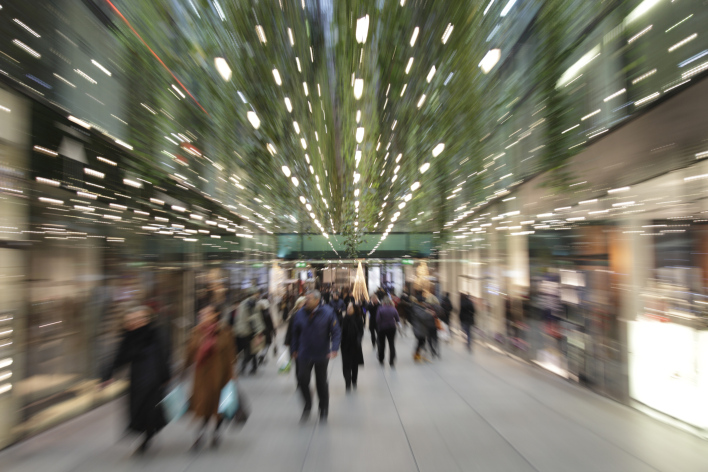 Toronto-based startup Locolo is partnering up with the Coalition of Youth Councils (CYC) to create the Virtual Citizen Program in Toronto this January. The pair of organizations feel that “a network of connected sensors and devices might just hold the key to increased civic engagement, higher voter turnout, more public input into city planning, and support for local business.”

“Civic engagement is about a lot more than voting…It’s really about loving your city, supporting local businesses, and giving your opinion on all the little things that can make a big difference in our communities,” said the CYC’s Tyler Johnson. “Our goal is to turn the entire city into a connected network where you can feel engaged and rewarded wherever you go.”

Through the Virtual Citizen Program users will be able to download an app which will direct them to “hot spots” in the city such as parks, community gardens, local businesses, community centres or polling stations. At these hot spots, they’ll receive badges and rewards and have a chance to give their opinion, celebrate things they love, and get access to content that they can’t get anywhere else.

“I arrive at a book store or coffee shop and the app sends me a piece of content. The content is small snippits of video or facts about the city’s latest issues around civic engagement, etc., which is the concept of the virtual citizen,” said Locolo CEO Doug Thompson. “The idea is to help make people aware that the places they go in a city is part of the texture of what makes up civic engagement.

The Virtual Citizen Program is taking advantage of the new “iBeacon” technology, only recently enabled through Apple’s iOS7 launch. Essentially, with cross-platform support on Android and other devices, the iBeacon platform uses Bluetooth Low-Energy to let devices and smart phones ‘talk’ to each other.

Locolo is a startup that uses the power of iBeacon devices and “Bluetooth LE” spectrum (which is different than the kind that people use to talk on their head pieces) to turn the physical world into the new channel for digital experiences. “It just says ‘I’m here’ and my app listens for beacons, even if my app isn’t on and even if my phone is in my pocket,” said Thompson. “So it’s a big game-changer for proximity-based marketing.”

“Bluetooth LE is a game changer for what they call the ‘Internet of Things’,” said Thompson. “It means that we can put really small, low-cost devices into a store or library for example, and those devices will ‘talk’ to your phone. Now, we can deliver a video or a poll or a reward to someone based on a specific place.”

He also sees a future in which these beacons make us more connected to the world around us.

“These days, it seems like everyone is staring at their phone, tablet or computer. But with beacons, we have a chance to remind people of the physical world around them,” said Thompson. “It’s an amazing chance to re-engage people in civic life and to make the idea of democracy and community fun and rewarding.”

The Virtual Citizen Program pilot project will begin this fall in Toronto and will roll-out to seven communities in Southwestern Ontario in 2014.  Johnson said they’re already in discussions with other Provinces and even other countries about the CYC and Virtual Citizen Program. “Maybe we’ll even find some partner cities on the other side of the world who want to get involved,” he said.

Busting the myths behind quantum computing

Quantum computing is a complex subject, but for executives looking to future-proof their company, it’s worth putting in the time and investment to understand…