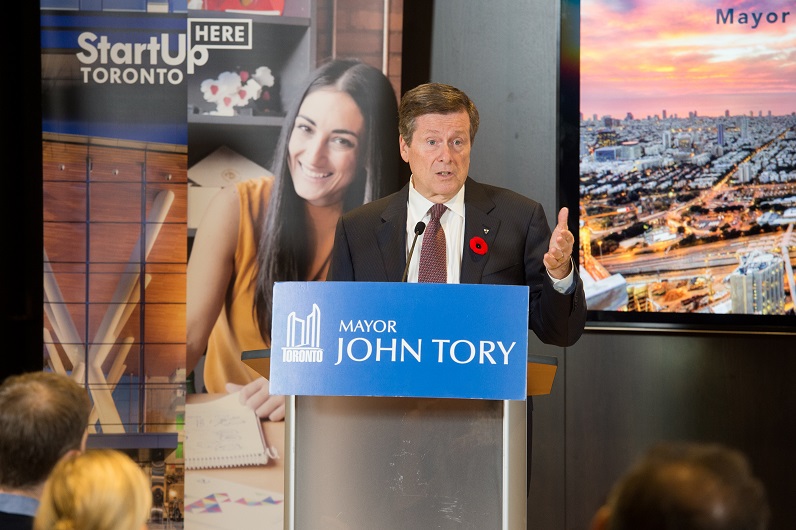 Toronto Mayor John Tory will be leading a delegation of 23 Toronto companies and organizations on an economic trip to Los Angeles.

Tory’s goal will be to establish partnerships with traditional media companies like HBO, NBC Universal, Disney and Fox, as well as streaming giants like Netflix and Amazon aimed at capitalizing on Toronto’s appeal to the entertainment industry.

“The film, television and digital industry is changing and we need to make sure we keep up,” said Tory. “People are choosing streaming services and streaming services are creating content of their own.” “Whether the final product will be on the big screen, the small screen or streamed online, we want that product to be a made-in-Toronto production. This mission will provide an opportunity for us to remind and inform decision makers in Los Angeles of the tremendous production talent we have in Toronto.”

“In a fiercely competitive global climate it is essential for Toronto to remain a top contender with Los Angeles-based studios,” said Jonathan Ahee, co-chair of the Toronto Film, Television and Digital Media Board, in the same April release.

“They need to be reminded and reassured that Toronto is the best place to bring their screen projects to life.”

Best Picture winner The Shape of Water, the Academy Award-nominated Molly’s Game, and Golden Globe winner The Handmaid’s Tale were all shot, in part, in and around Toronto. The City of Toronto is also a stakeholder in Pinewood Toronto Studios, the studio where productions like It, Downsizing, Crimson Peak, as well as shows like Orphan Black were all filmed. Bell Media recently bought a majority stake in Pinewood Toronto Studios.

Why 7shifts founder Jordan Boesch fired the majority of his customers

Jordan Boesch wants his customers to absolutely love what he builds for them. When he launched 7shifts in 2014, it was to help his…