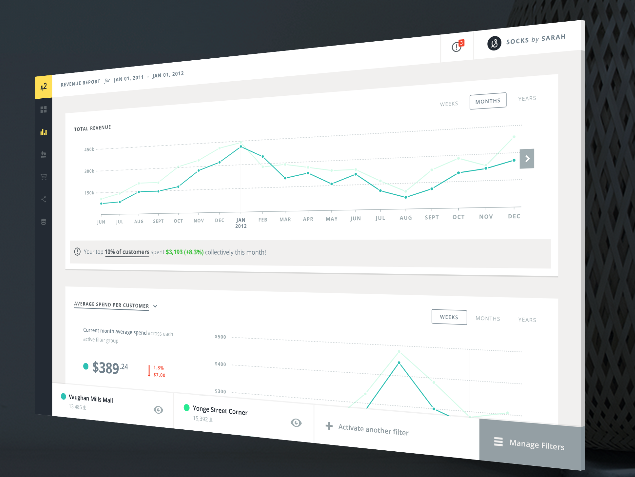 Toronto-born Cathy Han of Silicon Valley-based 42 Technologies says the journey that took her and her cofounder through Y Combinator (and settling in the Bay Area) has been an investment, not an expense.

“It is really expensive, but all the technology partners we want and all the integrations are here,” the cofounder told BetaKit. “If you want to make a movie, you go to Hollywood. For us, especially as an early stage tech company, it just really made sense to come here.”

Together with cofounder Nick Porter, Han founded 42 last year, a web dashboard for retailers that can take huge amounts of data and recommend what sellers should do next.

Initially they worked out of Ryerson University’s Digital Media Zone (DMZ), followed by a stint in Silicon Valley’s Y Combinator accelerator program, which concluded in March 2013.

“So let’s say you run Nike or Lacoste and you have a ton of sales data,” said Han. “It takes you hours and hours for you to sift through it and create a report that’s semi-useful. Basically we do that automatically in a matter of milliseconds, so it makes it a lot easier for brands to work with data they have.”

Han had previously worked at Proctor & Gamble in Toronto, the global company that provides consumer products in the areas of pharmaceuticals, cleaning supplies, personal care, and pet supplies (which means it generates a lot of data). She said many of the problems that she ran into again and again served as the motivation to create 42.

Recently the team just returned from the Hackers on the Runway conference in Paris, with brands like LVMH, Chanel and Dior in attendance, where Han gave a talk. She said there’s currently a large gap in  terms of where luxury is right now in its relationship with technology. “There’s a lot of education required,so that’s more of a long term change that needs to be made,” she said.

In the meantime, tools like 42 can help retailers understand what kinds of decisions they should be making in different stores. Han said they work with small boutique shops and the larger companies that work with massive amounts of data.

42 recently raised a seed round, which has yet to be announced, and the cash will likely be spent on hiring and going after more customers.