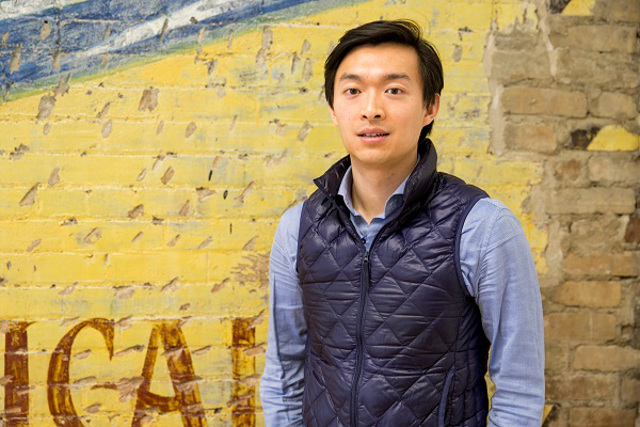 Despite being founded in 2013 and boasting clients like Procter & Gamble, Johnson & Johnson, Unilever, and L’Oreal, Toronto-based Exact Media has kept a fairly low profile until now. Ray Cao, Exact Media’s CEO, said that this is mostly because of his experience with “first-time entrepreneur syndrome” when he was working on his first company, Loose Button. “It’s where you chase after things like press and coverage and I realized I wasn’t doing it to help strategically grow the business, but moreso to feed my ego. And I think the more important part is to let business results speak for itself.”

“That whole attention span consumers have is far lower than it used to be.”
– Ray Cao, CEO of Exact Media

But after two years of staying under the radar — and receiving valuable counsel from former Freshbooks and Shopify CFO Mark MacLeod — Cao concedes that he’s ready to tell the company’s story as Exact Media looks to aggressively hire for its next stage of growth, fueled by an undisclosed round of financing led by Rho Ventures. Zappos CEO Tony Hsieh’s VTF Capital, and Deli.cio.us founder Joshua Schacter also participated in the round.

“Exact Media concept is one of those rare gems that just makes so much sense immediately to everyone and is a no brainer for their customer brands and retail partners alike,” said Roger Chabra, partner at Rho Canada Ventures. “The team has created a business model that has scaled to meaningful revenues quickly by leveraging the built up inventory of product samples from large brands, and the empty packaging space of ecommerce retailer shipments. I’m very bullish on the team’s ability to continue to scale efficiently with this model.”

Exact Media is trying to bring traditional product sampling into the ecommerce stage. The company works with both large ecommerce and omnichannel retailers like Best Buy and brands like Pantene to more effectively distribute product samples or coupons. For example, someone who orders a shirt would also get a sample of Tide.

“If you look at a postal service, the traditional model is that you have a letter carrier that brings you flyers and product samples. People throw out most of the mail that they get,” said Cao. “That whole attention span consumers have is far lower than it used to be. The other is that when you do look at traditional sampling, a lot of it is handed out on the street, there’s little targeting, and little feedback, there’s no data that says ‘Hey, that person’s gone back to buy the sample after receiving it’.”

Exact Media goes even further by providing retailers with valuable targeting and analytics — if someone is ordering from Zulily, then Exact Media knows that they’re a parent and a brand like Johnson and Johnson can opt in to send that person baby powder. The company can then re-engage the customer through a survey to ask if they bought the product after receiving the sample, providing valuable analytics.

“Brands have targeting requirements so if they want to go after moms or college millennials, we have to ensure that the retailers we recommend fit that profile. We collect a lot of information from our retail partners up front, and that allows us to build our database so when we do have a brand that’s asking for retailers we can say, here’s 12 retailers you can distribute through,” said Cao.

The company plans to use its newfound funding to invest in automation and data insights and focus on expanding throughout the US, Canada, and the UK. The company is also looking at strong ecommerce markets like China.

“We’re currently about 26 people, and the plan is that in the next year, we want to add 30 or 40 people spread across the US and Canada,” said Cao. Currently, Exact Media is headquartered in Toronto with offices in Cincinnati and New York.

While he said that this will entail a lot of travel for work, he’s bullish on remaining in Toronto. “Hopefully we can become one of the much-needed success stories because the city needs more of those. I’m a fan of the entrepreneur community here.”