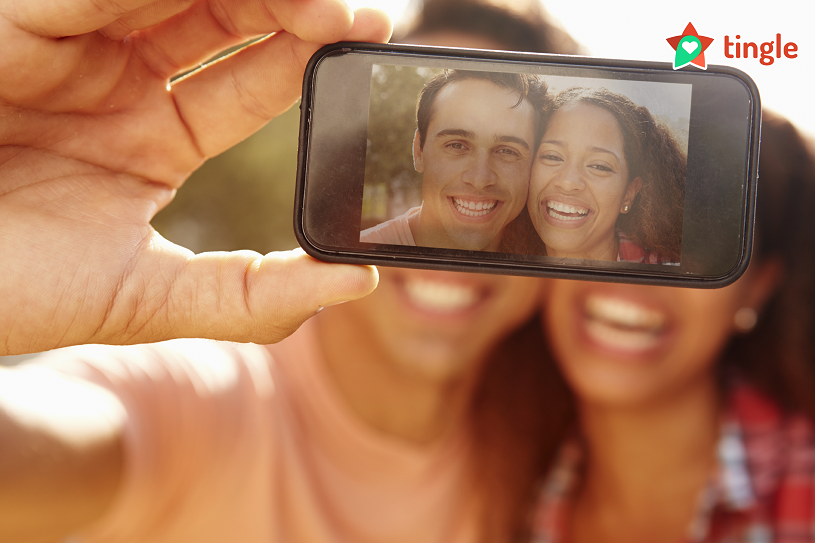 Dating can be a risky business. It’s about putting yourself out there – which has always made it a challenge for dating apps to protect your privacy. Some apps let you filter out who can message you – but once you’ve taken the plunge and actually clicked on someone you think might be a match, just from their photo and dating profile, your privacy is typically jettisoned. You pick a café to meet in person after a few texts, or give them your number to talk with them – but now you’re potentially opening yourself up to an awkward time with someone who doesn’t really match their profile picture, or whose charming profile is benevolently described as false advertising. Not so with the Tingle app, developed by a team in Vancouver, that has a simple but elegant solution to help users avoid a bad date while matching you with someone who might actually be a great fit: you can actually talk to the person, through the app, instead of on the phone.

The app is available both on iOS and Android. Founder Ian Andrew Bell is betting that the app’s security features give it a leg up over the entrenched competition in the digital dating world, taking down “barriers to intimacy and providing greater chances for real connections,” he says. It has hundreds of thousands of users in cities across Canada and the UK, and has recently launched in the USA. “Tingle’s platform integrates secure, anonymous, live audio and video chats between matches, allowing users to see and hear each other in real-time. If the match doesn’t work, both users can disengage without fear of social reprisal as no personal, identifying details like a user’s telephone number, are shared.” You can talk directly to your potential date, while mitigating the risk of a bad experience.

It boils down to this: people are crazy! And on top of that, a phone call is a very intimate thing. It’s hard to fake who you are.

That focus on privacy and security that seems so essential is Tingle’s big differentiator – and Bell thinks the competition that hasn’t installed these features yet is going to keep lagging into the future. “Look at the Tinder guys, for instance. They’ve got a big technical team, but they’ve had a lot of CEO churn. Never underestimate the organizational incompetence of a big company. I’m honestly surprised to see the lack of innovation there.”

He acknowledges that the competition is quite fierce in this space, with a fair number of dating apps. “But it’s about reputation. Most of these dating sites are really just spreadsheet acquire and churn business models, spending X to acquire a customer for Z number of months – and there’s nothing special about them. There used to be an app called White Label Dating – you’d be astonished at how many dating sites are based off that.” To scale up, Tingle had to build a reputation people could trust – so that’s been their focus from the start.

Bell knows from personal experience how hard it can be to meet the right person through online dating, having endured 300 first dates before finding his wife. It was then that he realized the online dating system was broken, and an opportunity ripe for picking.

To this day, he’s haunted by the personal experience of a nightmare dating scenario that his app is meant to short-circuit. “I met this one date at a restaurant and she kept drinking from a coke bottle in her purse that had booze in it,” Bell says. “She was drunk by dinner. I walked her home and her boyfriend was orbiting us around the block in his Porsche. She literally couldn’t get the key in the door – I grabbed the key, pushed her in the door, closed the door and ran away. Then she called me for years, in front of my wife! That’s why I can channel the needs of women” who want to meet people through an app — safely.

Of course, before they launched, Bell did plenty of research to test the market – and found that if anything, his own experience was tame. “Way back in 2010, we talked to 334 women online and in person, started with a survey, which progressed to large scale interviews, and that progressed to understanding all the things I’d heard about,” Bell said. “It boils down to this: people are crazy! And on top of that, a phone call is a very intimate thing. It’s hard to fake who you are. You’re pretty naked, personality-wise. If you get to the phone call earlier in the process, you get to find out who they really are sooner.”

Shopify announced on Tuesday that the e-commerce company is expanding into the email marketing space. This new product line puts the Ottawa-based company in…