Lisbon is a beautiful city. Its ancient streets are full of new energy this week with Web Summit in town.

The Portuguese Prime Minister is hoping that the country’s multi-million euro investment to lure Web Summit from Ireland will result in €175 million in economic activity. The installation of the sold-out, global platform of 55,000 tech elites for two years is to support the country’s efforts to brand Lisbon as a startup city nurturing young tech talent and rebuilding an entrepreneurial culture in a struggling economy. To that end, Portugal is investing €200 million in a venture fund to attract more capital to the country and throwing resources behind an agency called Startup Portugal.

On the homefront, Canada’s brand is peaking in contrast to Brexit and a nasty, divisive US election. But Britain is in Portugal with a 7,000 startup-strong delegation in tow. With the world watching, we all should be asking ourselves: where is Canada?

Like Dublin, where Web Summit grew into the world’s premier startup conference, Lisbon has been suffering for years under the economic weight of recession, a depressed housing market, and an exodus of the young talent. The dynamic people of both cities deserved a better future than their banks, governments, and former leaders set them up for. It’s that dynamism that you can feel in the streets every day around the LX Factory and every night in the Barrio Alto. The iconic 25 de Abril Bridge, built for the Carnation Revolution or Dia da Liberdade, an event that ushered democracy into Lisbon, is often compared to the Golden Gate Bridge in San Francisco. But Silicon Valley, Lisbon is not.

The current setup of uncoordinated regional branding efforts is broken. We are on the sidelines, not on the centre stage. We’re missing out on leveraging Canada’s improving image.

Like Canada, Portugal has suffered from being overshadowed by other, louder tech centres. Billboards around town proclaim ‘this is not the new Berlin’ and ‘this is not the new Silicon Valley’, in a similarly defiant way to how Canadians shrug off the term Silicon Valley North. Portugal has also suffered, like Ireland, as a have-not PIG (Portugal, Italy, Greece) economy with sluggish economic growth, low GDP output, depressed housing markets, and old-world industries. If not for their deep investments in technical education and the tenacity of their people, Lisbon would be an unlikely source of startup activity. Canada, on the other hand, has not faced these challenges and has a better story to tell.

Across the Atlantic, we should all feel lucky about what Canada has to offer. On newsstands today, the cover of Monocle is gushing about the economic opportunity we have in rebuilding ‘Brand Canada’ and reframing our reclusive presence on the world stage. The week prior, the Economist proclaimed that Canada represented the ‘Last Liberals’ and is the modern torch-bearer for openness and trade. But where does Canada stand on innovation, technology, and entrepreneurship now? Well, it sounds like we’re not going to have to wait long for an answer. With a strong base to build from, key recent announcements on immigration, and a forthcoming Innovation Agenda, there is a palpable sense of hope that Canada can start to stand tall and take up some serious space at events like Web Summit.

We could tell the world about our easy access to the North American market through CETA and NAFTA. Or about Canada’s unbeatable R&D incentive programs. We could finally start to promote Canada’s Startup Visa and new Fast Track Immigration programs. The new Invest Canada agency could help coordinate inbound investment attraction efforts in partnership with our own dynamic tech cities like Vancouver, Victoria, Ottawa, Montreal, Edmonton, Halifax, Toronto, and Kitchener-Waterloo. Our federal champions would be modern leaders who look, speak, and act like the speakers and attendees here that are driving the knowledge-based economies around the world and bringing wealth and opportunity to their people.

Canada remains a sea of calm, the outcome of hard work and a quiet story of determination.

The current setup of uncoordinated regional branding efforts is broken. We are on the sidelines, not on the centre stage. We’re missing out on leveraging Canada’s improving image, Vancouver’s $31B brand, Waterloo and UBC’s talent track record, and working with our rising tech stars, like the CEOs of Slack, Hootsuite, and BroadbandTV – who’ve all graced the stages at Web Summit in years past.

With our consulates gutted by the previous government and no dedicated agency for attracting foreign investment, it’s no surprise that Canada is being beat by countries as unlikely as Estonia and Ireland. On the Web Summit Centre Stage today, the Chairman of Cisco, John Chambers, proclaimed that ‘every country will be digital’ and highlighted France and India as ones to watch.

While we may have missed the opportunity to leverage the angst of Trump and Brexit this year and head off countries competing hard for investment and talent, Canada remains a sea of calm, the outcome of hard work and a quiet story of determination. And as we start to implement an Innovation Agenda and the recommendations of the Advisory Council on Economic Growth, there is hope amongst the Canadians at Web Summit that we can consider how Canada can start to capture the magnetism that we’ve already started to generate. 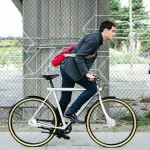