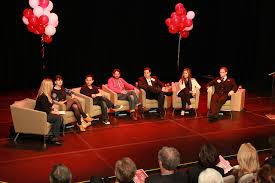 Startup Canada is up to it again. Today the national, entrepreneur-led and volunteer-run organization that promotes startups has created its “Task Force,” a group of thinkers who will advise decision makers and help to form better policies for entrepreneurs and startups. And according to chair Laura O’Blenis, “This is a generational opportunity to increase entrepreneurship.”

“Entrepreneurship is a social activity wherein networks are everything,” said CEO Victoria Lennox. “To date, while there are great support systems in place in our local and regional markets to support entrepreneurs, there is a lack of national coordination and knowledge-sharing. National collaboration is necessary to ensure Canada becomes and remains the best place in the world to start, operate and grow a business.”

O’Blenis added that the new group’s goal is to create “top-of-mind awareness” on issues that matter to Canada’s collective organizations so we may foster an environment that not only supports entrepreneurship as a viable career option, but gives access to the needed support network.

Startup Canada references some encouraging statistics recently released about why their new Task Force should be necessary. More young Canadians are considering entrepreneurship as a way to make a living and Millennials, who will represent 75 per cent of the labour force by 2028, are twice as likely as the average Canadian to start a business in the next year.

“Of particular importance to the Startup Canada Task Force are policies related to startup accelerators, startup communities, startup visas, social entrepreneurship and social innovation,” said O’Blenis. “Careful attention to all of these areas will enhance the nation’s overall competitiveness and economic success. Our ultimate objective is to fuel entrepreneurship and accelerate innovation.”

Startup Canada will introduce O’Blenis as the chair at “Startup Canada Day on the Hill” on Nov. 21. O’Blenis will make a short presentation during the day’s Keynote lunch. The Keynote Lunch also features remarks from Minister of Employment and Social Development Jason Kenney and interviews with “leading Canadian entrepreneurs”.