With over three thousand applications available at launch, it’s clear that third-party developers are excited about the Apple Watch. Rightfully so: as Apple finally enters the wearable technology market, it seems that more people than ever are paying attention to smart watches and, more importantly, considering wearing one.

“We wanted to build for the Apple Watch as soon as it was announced.”

Wrist-worn technology provides a compelling new challenge and opportunity for third-party developers. Just as smartphones became a platform for innovation, the Apple Watch is vying to become a new home for apps from which revolutionary ideas, exciting functionality, and entirely new companies may emerge.

We spoke to developers at three Canadian companies behind major Apple Watch and iOS apps – Montreal-based Sam Vermette of Transit App; Michael Fey of Toronto’s AgileBits, developer of 1Password; and Jonathan Savage of theScore, also Toronto-based – to get their take on developing and designing for the new platform. Despite the challenges they’ve each encountered over the last seven months, all three developers echoed the same sentiment: overwhelming excitement for the Apple Watch.

“We wanted to build for the Apple Watch as soon as it was announced,” says Jonathan Savage, SVP of Product at theScore. “theScore is a very notification-driven experience and for us it was critical that we were on this new platform.”

Sam Vermette, CEO of The Transit App, says his team was interested in getting their app on Apple’s watch “long before it was announced.”

“Public transit and the notion of ‘time’ go hand in hand, so we think Transit App is among the best use cases for the Apple Watch,” he explains.

After deciding to build an app for the Apple Watch, developers turn their attention to the harder questions: what will we build? How will it work? Why are we building it? What do people want from an app on their wrist? Developing any new app is tough, but developing a new app for an entirely new platform that isn’t even on the market yet is a different challenge altogether.

“So we went back to the drawing board and said: ‘What is the Watch good for?’ The Watch is good for things you want access to throughout the day without having to use your other devices. That quick access to your information.”

The idea of quick access to information on your wrist is one Apple themselves have been preaching since they announced the Watch, and it’s a mantra many third-party developers have taken to heart. At the moment, Apple Watch apps must be tied to a companion iPhone equivalent that does most of the heavy lifting by pulling and sending information to the Watch. However, developing for the Watch is not as easy as copying design and features from the phone. Watch apps require an entirely different experience, with every detail carefully considered.

“We couldn’t just port the existing theScore app to the Watch. It’s too complex.”

“We couldn’t just port the existing theScore app to the Watch; that wouldn’t work, it’s too complex,” explains Savage. “We had to break it down and provide a streamlined app that functions precisely how you would expect an app attached to your wrist to work.”

“Whereas designing for mobile meant optimizing for a session length of tens of seconds, users might look at your Watch app for just a second or two,” says Vermette. “We designed precisely for the experience one might expect from a smartwatch: telling riders waiting at the stop when their bus is coming, as fast as possible, and in real-time.”

These design restraints have led to a great collection of simple, single-function apps for the Watch at launch. Transit App provides a simple list of arrival times for the nearest transit stops, with options to “take me home” or get directions. 1Password lets you choose to save any of your logins, one-time passwords, secure notes, and credit card entries for viewing on the Watch, protected by a PIN code. theScore lets you follow your favourite teams and keep track of scheduled games, scores, and snippets of news. Simple yet precise, undiluted utilities.

Just as functionality is simpler on the Apple Watch, so too is UI design. Whereas many iPhone apps feature rich, graphic-heavy interfaces, the Apple Watch with its smaller display requires a simpler interface. Apple Watch apps, at least in this nascent period, will all look very similar.

“From a design point of view, we went with an app that fits in very well with the rest of the apps in the system,” says Fey. “Apple has very strict guideline suggestions for Apple Watch apps, and that is white text on a black background. Our [1Password] Watch app falls very much into that.”

“We’ve always been advocates for the ‘content is the UI’ design principle,” says Vermette. “Vibrant colours and big, bold fonts help make the app more useable while on the go. We felt like this principle was equally important for our Apple Watch app.”

Through this entire process, developers were designing, building, and testing Apple Watch apps without an actual Apple Watch.
Most were flying blind, having never even seen, let alone used, an Apple Watch.

Through this entire process, developers were designing, building, and testing Apple Watch apps without an actual Apple Watch. This is one of the first times Apple has allowed developers to start building apps for a device before it’s actually available; the iOS SDK was released nearly a year after the first iPhone launched, and was well established by the time the iPad arrived in 2010. While a select few developers were whisked away to Cupertino to test their apps on actual Watch hardware, most were flying blind, having never even seen, let alone used, an Apple Watch.

“Like all developers, the biggest challenge was not having access to the hardware,” says Savage. “theScore has a large internal quality assurance team that is constantly testing the performance of our mobile platforms.”

For Transit App, not having an Apple Watch to use for development was “exciting, yet terrifying,” according to Vermette. “Developers can’t get the real feeling of how a device behaves. It’s yet another reason why we just can’t wait to get our hands on our Apple Watch and improve our app by testing it in the real world!”

The fact that this overwhelming excitement remains, through all the challenges and shortcomings of the first Apple Watch, speaks volumes. Developers, like customers, are excited by the promise and potential of the Apple Watch, beyond the first-generation model.

“We’re confident the WatchKit APIs will only improve over time,” says Vermette. “Apple could very much have done the same that it did with the original iPhone and not allow third party apps until later — we’re just really happy and excited to be part of the launch of an entirely new category of devices.”

“There’s a lot of runway left on the first-generation Apple Watch. We haven’t even gotten off the tarmac yet.” 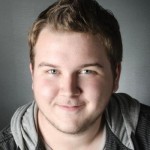 Eric is a man of the Internet. He's spent nearly a decade of his life blogging about technology, so he knows his stuff when it comes to gadgets. These days he's addicted to apps and engrossed in the world of podcasting - both as a listener and a contributor. In his spare time he plays a lot of Pokémon and binge watches way too much TV on Netflix.

Lore, the social network for education that got its start focusing on individual classes, today announced new features for students which not only allows…