As a geoscientist feeling the squeeze from the oil crash, I decided to retool, and left Canada for the more startup friendly UK at the beginning of 2016.

Joining a fellow Calgarian, we brought our idea to life in the online fundraising space, building a platform that provides charitable prize draws for major brands and sports clubs like Chelsea FC. Two years in, our venture continues to grow, undoubtably buoyed by London’s favourable business ecosystem.

There should be the additional funding option for startups of a highly incentivized private sector with the freedom to develop and iterate at a rapid pace.

While following Calgary’s recent bid to land Amazon’s HQ2 from abroad, I noticed a varied response from the local community. Supporters touted the obvious economic benefits that come with the arrival of such a sizable employer, while detractors feared local businesses would lose their top talent to the ecommerce giant. Others stated that Calgary simply wasn’t ready yet to take on firms of that scale. Nevertheless, most commenters seemed to agree that the city holds the potential to one day achieve such lofty ambitions.

While the city definitely has most of the ingredients that make for a burgeoning tech hub — an educated workforce, access to various forms of institutional capital, and enough office space to support both operators and ancillary businesses alike — there is a continued reliance on a sluggish grant system for a significant portion of startup funding.

You have to walk before you can run, and Canadian cities like Calgary stand a better chance of landing major head offices by offering already established tech ecosystems. Contrast this with places like the UK, which take a blended approach to government funding subsidies. These mixed systems offer not only grant support, but an array of robust tax incentives for investors.

While it’s true that there are tax incentive programmes available in Canada, they pale in comparison to the scale of those on offer across the Atlantic.

Programs like SEIS create a much-needed bridge between investors and nascent entrepreneurs.

As an example, through the UK’s SEIS (Seed Enterprise Investment Scheme), investors automatically receive 50 percent of their initial investment back in tax relief. Should the company fail, the investor is entitled to an additional 22.5 percent of further tax relief. This amounts to having roughly 27.5 percent of at-risk capital for an investor. Programs like SEIS create a much-needed bridge between investors and nascent entrepreneurs.

Government grants certainly have their place, but the selection process relies on centralized decision makers, and their disbursement can take much longer than private funding depending on factors like application windows and selection periods. Concurrently, there should be the additional funding option for startups of a highly incentivized private sector with the freedom to develop and iterate at a rapid pace.

Intangibles like Calgary’s entrepreneurial spirit have never been in question, and the imminent arrival of Silicon Valley-based accelerators like RocketSpace are certainly a step in the right direction. However, a blended approach to subsidized venture funding will not only help foster vibrant tech ecosystems in urban centres, but will hopefully one day contribute to more funding opportunities for startups nationwide. 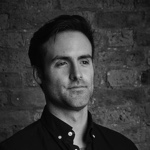 Taking on Prismatic and Circa, Summly Launches Mobile News Aggregator

Discovering the exact formula for how news should be delivered and consumed on mobile devices might seem like a far-reaching goal, but 17-year old…