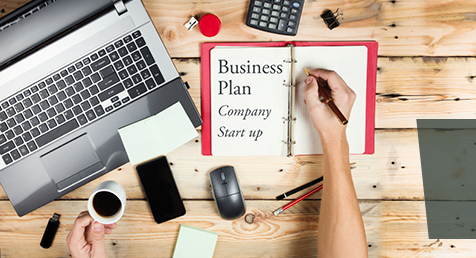 According to the Ontario Centres of Excellence and Toronto-based startup accelerator Extreme Startups, dozens of entrepreneurial-minded young Ontarians have benefitted from millions of dollars in startup funding and follow-on investment over the two years of the SmartStart pilot program. Now the pair of institutions have decided to extend their partnership based on how well past investments went.

A partnership between the OCE, the Federal Economic Development Agency for Southern Ontario (FedDev Ontario) and Extreme Startups, the fund is designed to assist young entrepreneurs from the age of 18 to 29 transition their start-ups from product development to market entry and company building. It provides seed financing and financing for entrepreneurship skills training to Ontario-based start-ups led by young entrepreneurs, helping them grow their companies and make them investment and customer ready.

The OCE receives funding from the federal and provincial governments.

“Since we launched the SmartStart pilot program in 2012, we have seen some great results for the companies we have supported,” said OCE president Dr. Tom Corr. “The funding stemming from this collaboration between ourselves, FedDev Ontario and Extreme Startups has helped these companies grow and secure additional investments. We are pleased to see that work continuing.”

In total, 45 companies participated in the SmartStart pilot program. They created a combined total of 68 full-time jobs while securing more than $13 million in follow-on investment to build and grow their companies.

Launched in January 2012 as a two-year pilot program, SmartStart was established to support student or recent graduate-led start-ups with up to $30,000 in seed funding to be matched by at least one other private investor. Extreme Startups was co-investor in 23 of the 45 companies.

Through the pilot, entrepreneurs benefitted from funding and the expertise and time provided by OCE and its partners. They also attended a business skills boot camp and were provided with introductions and connections to a vast array of networks, potential partners and customers.

“The OCE SmartStart program has made a huge impact on both our portfolio companies and the Ontario startup ecosystem,” said Marcus Daniels, managing director at Extreme Startups. “We’re excited to be part of its evolution and also witness that impressive follow-on investment number grow as these companies scale.”

OCE is now working to build on the success of the pilot and carry on the good work that began with SmartStart through the new provincial SmartStart Seed Fund program launched on April 24. Extreme Startups will continue to be one of OCE’s partners under the new program.

Welcome to Due South, a new series that profiles Canadian entrepreneurs who have founded companies outside of the motherland.   Some 130 kilometres north…