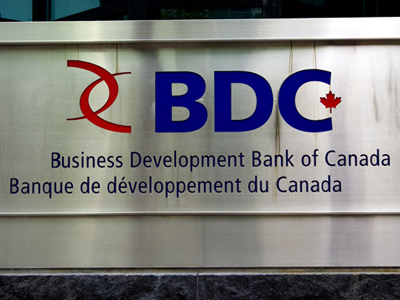 The Business Development Bank of Canada (BDC) has announced a call for entries for four new awards that recognize Canadian entrepreneurs. The four categories are mentorship, innovation, resiliency and serial entrepreneurship.

The federal organization also puts on its annual BDC Young Entrepreneur Award, a contest where entrepreneurs aged 18 to 35 are invited to present a turning point their company has reached and the solution they propose to take their business to the next level.

The first of the four award categories – mentorship – is now open for nominations. The BDC Mentorship Award was created in partnership with the Canadian Youth Business Foundation (CYBF), and recognizes a Canadian business mentor credited by their peers for having provided valuable advice and support, through a significant commitment of time and effort that has led to the creation and growth of Canadian companies by building their mentees’ professional skills and abilities.

“By dedicating time, energy and advice to young or new entrepreneurs, mentors play an integral role in ensuring the success of the next generation of Canadian entrepreneurs,” said the Honourable Maxime Bernier, Minister of State (Small Business and Tourism). “Economic Action Plan 2013 set out a series of awards to recognize the contribution Canadian entrepreneurs make to our economy and our communities, while inspiring Canadians to innovate, create jobs and spur economic growth.”

“We are delighted to be partnering with BDC and the Government of Canada to recognize their support with this award,” said CYBF’s Julia Deans, the CEO of the organization that helps close to 800 young Canadian launch businesses every year. “We sincerely hope this new award will raise awareness about the importance of mentorship and help connect even more young entrepreneurs with the invaluable support and encouragement they need to grow.”

The other three awards are as follows:

Interested entrepreneurs should check out the BDC or CYBF websites. The nomination period will be open until March 1, 2014. The winner, to be announced in May, will be recognized at CYBF’s Action Entrepreneurship: Growing Young Enterprise Canadian Summit in Toronto.